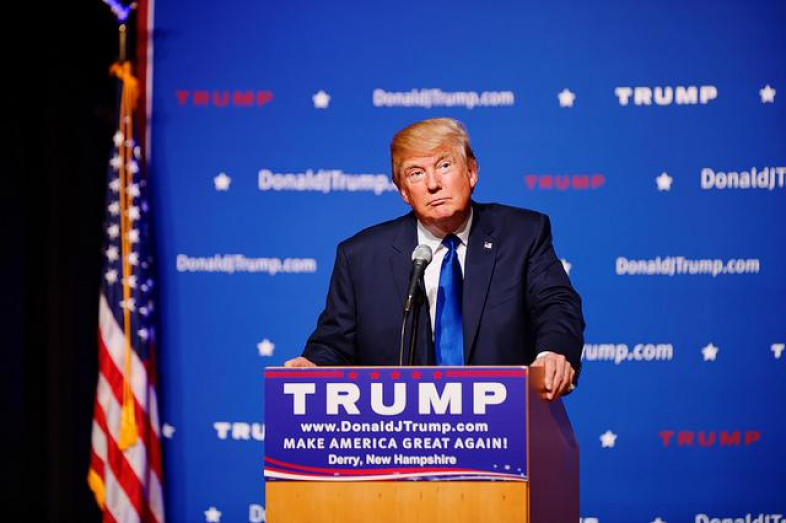 Higher Education and the 2016 Presidential Election

The first total solar eclipse to sweep across the entire continental United States in 38 years will occur on August 21, 2017. Don’t expect reauthorization of the Higher Education Act (HEA) anytime before then.

The HEA expired at the end of 2013 and it’s likely nothing will happen with it in an election year or soon thereafter, agreed a panel of journalists discussing key higher education issues and the 2016 presidential election, at the Education Writers Association National Seminar in Boston in May.

Tuition-free and debt-free college, the two ambitious campaign proposals from Democratic presidential candidates Bernie Sanders and Hillary Clinton respectively, have triggered a national conversation about college costs, even though the proposals themselves face steep odds of ever reaching fruition.

They may sound similar, but tuition-free and debt-free are philosophically distinct.

Sanders’ plan would take tuition off the table for everyone attending public colleges and universities, regardless of family income. The price tag would be a steep $750 billion over 10 years, funded through what’s he called a “Robin Hood” tax on Wall Street trading.

Sanders argues that because a college degree is as necessary for success today as a high school diploma was in past generations, public colleges should be free, like public K-12 schools.

“It is insane to my mind, hundreds of thousands of young people today, bright qualified people, cannot go to college because they cannot afford — their families cannot afford to send them,” said Sanders during last December’s Democratic presidential debate in Manchester, New Hampshire.

Clinton criticized the plan with a line that has become a campaign standard for her: “Taxpayers shouldn’t be paying to send Donald Trump’s kids to college.”

Her proposal, called the New College Compact, promises that no student would have to take out loans and go into debt to pay for tuition, fees or books at public colleges and universities. However, families with the means would be expected to “make a realistic family contribution” to their children’s college costs, and the students themselves would be required to work 10 hours a week.

The compact would cost about $350 billion over 10 years, less than half of Sanders’ plan, and would be paid for by closing tax loopholes for the wealthy. However, it’s “a lot more confusing” than his, said Stratford, because although it’s based on ability to pay, she hasn’t defined those income levels.

“Her campaign has vaguely said that they want to determine need or ability to pay in a more generous way than the current federal financial aid formula works in the FAFSA (free application for federal student aid),” Stratford added. “Aside from that it’s unclear where those marks would be.”

Whether either plan will float on the Hill depends, in part, on who’s in control next January. Panel moderator Kelly Field, with The Chronicle of Higher Education, noted that America’s College Promise, President Obama’s 10-year, $60 billion proposal for free community college, “hasn’t gone anywhere” in the Republican-controlled Congress. States aren’t leaping over each other to sign up, either, especially because they will be expected to pony up some of the funds. Under Sanders’ tuition-free proposal, the federal government would pick up two-thirds of the tab, while states kick in the other third.

In exchange for accepting federal funds through Clinton’s compact, states would have to pledge not to cut funding for higher education. For their part, state colleges and universities worry about the strings attached to this huge federal infusion of funds. The plan would pile on more regulations over everything from the number of adjunct faculty colleges can hire to transparency about graduation rates, student debt and graduates’ salaries.

There’s more consensus around simplifying FAFSA. President Obama proposed dropping 30 of the 108 questions on the federal financial aid application. That’s equivalent to tearing out a few pages of War and Peace compared to Senator Lamar Alexander’s more drastic proposal. The Tennessee Republican, who heads the Health, Education, Labor and Pensions Committee, introduced a bill to knock the FAFSA down to perhaps just two questions — short enough to fit on a postcard.

Stratford says he hasn’t heard the presidential candidates say much about this topic, but added, “it’s never unpopular for a politician to propose cutting down a government form.”

Lawmakers also seem willing to reach across the aisle to address student loan default rates. But questions remain over how to do that so the neediest students would benefit. Much of the talk about student loan refinancing is based on a common misconception, promoted by the candidates, that people with the largest loans are more likely to default, said panelist Kimberly Hefling of Politico.

A case in point is Clinton’s web video featuring students who graduated with $65,000 or more in loans and 9 percent interest rates. “If you talk to people in the higher education community, they really feel like these kind of stories lead to a sort of hysteria, that this is the typical situation,” said Hefling.

In fact, the people most likely to default on their student loans didn’t finish their degrees. Even though they left school owing about $10,000 in loans, they can have difficulty finding decent-paying jobs, so they can’t afford $100 a month payments.

Cutting interest rates by 2 percent might only save them $10 a month, whereas students who graduated owing $30,000 but earning good salaries, would save a significant amount of money.

“So there are some people who don’t feel it’s the best use of taxpayers’ money,” said Hefling.

Still, student loan rates resonate with middle-class voters. In a campaign that has trampled the notion of a typical election year, even Donald Trump, the presumptive Republican presidential nominee, has said he supports the effort by Democratic Senator Elizabeth Warren of Massachusetts to prevent the federal government from profiting off student loans.

Although Trump has not officially unveiled his higher education proposals, a top staffer for his campaign told Inside Higher Education earlier this month, with classic Trump bravado, to expect some “revolutionary” ideas, such as requiring colleges to share the burden of student loan defaults and deterring students from majoring in liberal arts by making it more difficult for them to secure loans.

Trump’s name isn’t exactly synonymous with best practices in education. The attorneys general of New York and California have filed class action lawsuits against Trump accusing the candidate’s Trump University of defrauding people out of tens of thousands of dollars in its real-estate seminars. Until recently, there was a chance the nominee could have been on the witness stand before the election, but courts in both states put off the trials until after November.

It’s not really an education issue, however, because Trump University wasn’t really a university, but the charges have highlighted the lack of regulation of for-profit colleges and the roles states — not just the federal government — play in overseeing higher education.

Clinton has been very critical of misconduct in the for-profit sector and indicated that she would be more aggressive than the Obama administration in cracking down on them, which Stratford finds curious.

“That’s an interesting position for her to have given her husband was a paid spokesperson for Laureate Education, one of the largest for-profit education companies in the world,” said Stratford. “He was paid more than $16.5 million to promote it.” Bill Clinton stepped down from his role of honorary chancellor with the company after Hillary Clinton launched her presidential campaign in 2015.