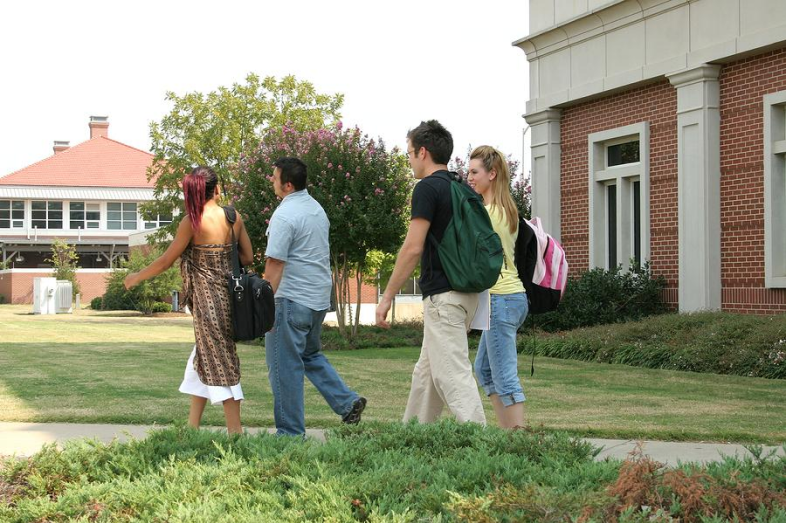 Students who transfer between colleges and universities on their path to achieve a college degree often encounter obstacles – barriers, like lost credits, that could keep them from finishing their degree altogether. At EWA’s recent seminar in Orlando focused on higher education, reporters got a lesson in the data on transfer students and heard from experts who are making the process of transferring and going on to earn degrees easier for students at their community colleges.

Afet Dundar of the National Student Clearinghouse Research Center defined a transfer student as one enrolled in an institution different from the one where he or she started. Of the 3.6 million first-time students who enrolled in college in 2008, nearly 38 percent transferred at least once within six years. Almost half of those students – 45 percent – transferred more than once, she said during her presentation, and most transfers occurred during the students’ second year.

At Valencia College, EWA’s host for the event, administrators work to help students declare their purpose and academic goals before they finish their first 18 credits, said Joyce Romano, vice president for student affairs.

Through the community college’s DirectConnect to UCF program, students who earn an associate’s degree from Valencia are guaranteed admission to the University of Central Florida, which has become increasingly selective. Because the two schools even share parts of their regional campuses, some students can complete their bachelor’s degrees without ever having to leave Valencia. Other aspects of the partnership include integrated advising services for students – where they learn things like what prerequisites are required for the bachelor’s degree they’re seeking — and also transfer scholarships.

More than half of Valencia students who enrolled in the fall of last year plan to transfer to UCF. Also notable is that 25 percent of UCF bachelor’s degrees are awarded to Valencia DirectConnect students, Romano said.

Kerin Hilker-Balkissoon, executive director of college and career pathways at NOVA, said that of the 11,000 students currently enrolled in Pathways, approximately 80 percent are from immigrant families, over 70 percent are or will be first-generation college students, 26 percent have a documented disability, and two-thirds are low-income.

Of the students who enroll in Pathways while still in high school, 87 percent go on to postsecondary education. More than 55 percent of NOVA students who have participated have successfully transferred and/or graduated within three years, and the program has been replicated at Montgomery College in Maryland.

“We are really working to try to find an experience for students that will give them a broad exposure to the skills that they need not only to succeed at the two-year college level but also at the four-year college level,” Hilker-Balkissoon said.

A key to making these programs work is ensuring that students have a plan and that they’re not just “swirling” through higher education, Romano said. ”As an educator, I’m very concerned about that. I don’t think it’s about choice, I think it’s about ‘I’m lost,’ and I think that’s the benefit of the program that NOVA is describing and what we’re trying to do at Valencia is to try to get those students on track – like figure out your purpose. What is your purpose? What is your pathway?”

In some cases, these students have decided a bachelor’s degree is not for them and would prefer to get the type of hands-on workforce training that community colleges offer, Romano said.

While mobility can cause hardships and hurdles for students transferring between institutions, colleges should not discourage it, Dundar said. Instead, both the starting and destination institutions should work to better advise and inform students to make these transitions go more smoothly.