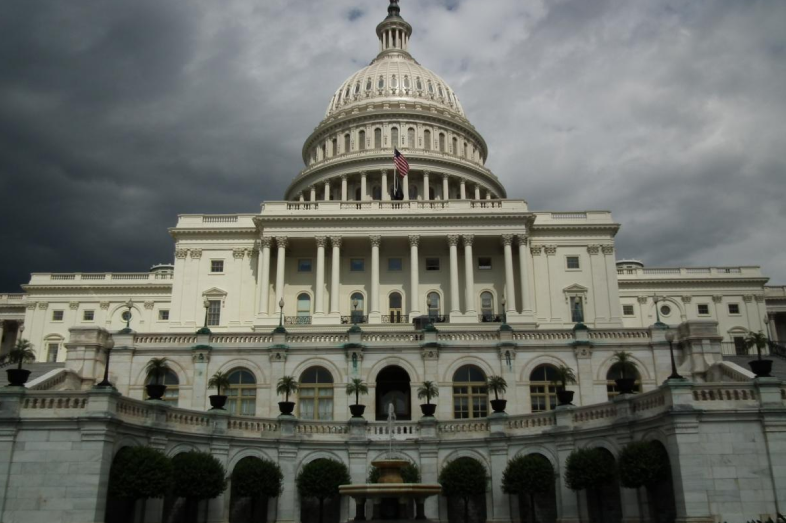 How President Trump and the Republicans Are Changing Colleges

Even though a long-delayed update to a major higher education law appears to be stalled in the U.S. Senate, Republican policies are starting to influence colleges around the country because of orders and actions taken by the administration of President Donald Trump, according to a recent panel of Washington insiders and higher education leaders.

Speaking at the Education Writers Association’s 2018 National Seminar in May, the panelists highlighted three ways federal actions are affecting colleges around the country.

The DOJ has weighed in on the side of conservative groups in a free speech lawsuit against the University of California, Berkeley. Barmak Nassirian, the director of federal relations for the American Association of State Colleges and Universities, stressed that public colleges are, by definition, public venues and state agencies where free speech is guaranteed.

But Michael Adams, the chancellor of Pepperdine University, said he believes the current political climate has made it more difficult to guarantee the right for every one’s voice to be heard. He encouraged reporters to consider the difficult situations administrators today are put in to protect students’ safety while maintaining their rights to disseminate and hear controversial views. One especially important aspect, he stressed, is the cost of such efforts, said Adams, who previously was the president of the University of Georgia and at one time was the chief of staff to a Republican in the U.S. Senate.

In addition, the DOJ has sent letters to colleges requesting information on affirmative action policies and early decision practices, raising concerns about their potentially discriminatory effects. No matter what the outcome, the panelists said the inquiries are already having effects on the targeted campuses.

“When Justice gets engaged, …it can cause a lot of heartburn, but it can also cause a lot of expense because you need to lawyer up pretty quickly,” said Sarah Flanagan, who represents private colleges as the vice president of government relations for the National Association of Independent Colleges and Universities.

Department of Education regulations:  Higher education organizations are closely watching the U.S. Department of Education’s efforts to change rules that govern student loans and for-profit colleges. For-profit colleges, which faced an intense regulatory crackdown under the Obama administration, have been among the biggest beneficiaries of policy changes under President Donald Trump.

Last year, Secretary of Education Betsy DeVos delayed an Obama administration plan to make it easier for borrowers to cancel their student loans if they could show that the college defrauded them.

That’s causing confusion over the processing of applications from more than 87,000 borrowers who have invoked the “borrower defense to repayment” rules – most of them alumni of for-profit colleges. In June, DeVos announced a pause in processing  applications after a judge declared illegal the rules the department had been using to adjust the debt cancelation based on the borrower’s income.

DeVos has also delayed Obama-era rules that required vocational education programs – an area that for-profit colleges tend to specialize in – to tell prospective students about their alumni’s employment and student loan situations.

Journalists should monitor the Trump administration’s efforts to rewrite the “gainful employment” rules, the panelists suggested. One important change could be to the metrics that programs would be required to reveal to applicants, the panelists said.  Requirements to, for example, provide student loan default information could significantly impact such programs’ ability to recruit new students: a recent study found that 52 percent of borrowers at for-profit colleges eventually defaulted on their loans.

Finally, the panelists said many colleges are being impacted by the Department’s changing stance toward for-profit colleges that want to “convert” into non-profits. A growing number of for-profit colleges are looking to convert to non-profit status, but reporters should investigate whether they are actually changing the way they operate or whether they’re simply change their name to avoid complying with rules, Flanagan said.

Reporters can help prospective students and institutions by highlighting misuse of funds and poor outcomes, according to Adams. “Why this administration has taken (for-profits) on as a cause is frankly beyond me,” he said.l

Congressional Action – or Inaction: While the panelists said they doubted the Senate would take action on a Higher Education Act update this year, they urged reporters to pay attention to the bill gaining support from Republicans in the House. Called the Prosper Act, it would overhaul student financial aid and reduce regulations on short-term and for-profit programs. The panelists said some ideas in the Prosper Act could eventually  implemented by the Trump administration in other ways.

Among the ideas that might soon affect colleges: Republicans’ desire to impose new borrowing limits for graduate students. (They can currently can take out government loans to cover their full cost of attendance.) Reducing students’ ability to borrow would likely reduce the number of students able to pay for expensive graduation programs. And that loss of revenue could have a domino effect inside the many colleges that  rely on full-pay graduate students to subsidize undergraduate programs.

Flanagan said presidents of some private colleges are also alarmed by a growing bipartisan drive to base federal financial aid eligibility on a student’s major. They are concerned that could reduce access to academic programs, since only wealthy students might be able to afford to study certain majors. While adjusting aid based on historical earnings of previous students might make sense for short-term career training programs, implementing it at four-year colleges would be a bureaucratic mess, Flanagan said.

On the surface, everyone agrees that people who borrow for college should be able to pay it back, Nassirian added. “The problem is prescribing who is likely to be in that position on the front end, saying that philosophy majors, for example, are unlikely to be able to repay, but STEM majors would.” Few people would have predicted the widespread layoffs of petroleum engineers after the recent plunge in oil prices, for example, or the way the internet has increased demand for artistically talented and trained designers.

Looking forward to the next presidential election, the panelists agreed that higher education will maintain the prominence it received during the 2016 campaign, particularly around rising sticker prices and how to finance college.

“The way we fund American higher education is so complex nobody understands it,” Adams said. “If the current trend lines continue, the system will break. And we’re closer to it that ever before.”