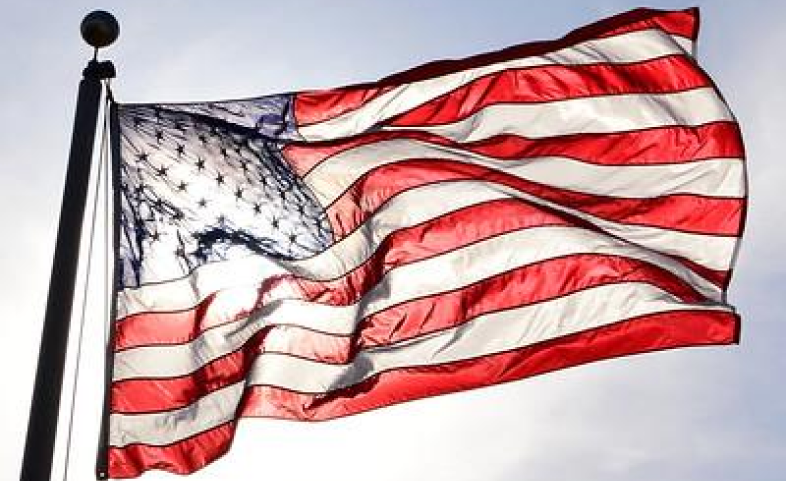 It’s Not Just About Voting: How Character, Civic Discourse Factor Into Post-Election Lessons

After a bruising election cycle, schools are helping students make sense of the political upheaval.

A month before Americans voted in the presidential election, the Pew Research Center polled registered Democrats and Republicans to ask what they thought about each other’s political leanings. Pew’s conclusion? The country’s voters “have rarely been as polarized as they are today.”

The drawn-out wait for the official election results, coupled with President Donald Trump’s refusal to concede despite all evidence pointing to a clear victory by Joe Biden, has only worsened the divide. And the partisan conflicts are likely to persist far beyond Inauguration Day in January.

Amid the requisite think pieces mulling “Where do we go from here?” schools are already stepping into the breach to help students make sense of the upheaval. To be sure, there are “teachable moments” that come from discord that can help young people understand the value of civic discourse. And there are plenty of story ideas for education reporters covering the wake of the scorched-earth election cycle, and its impact on students and their wider communities.

At the same time, advocates and educators who support explicit attention to character education in schools, say this is an ideal time to talk with students about how showing empathy and compassion can help them make sense of turbulent times.

Interestingly, President-elect Biden’s first speech after being identified as the winner on Nov. 7 included language that rang those bells, promising that his pandemic response plan would be “constructed out of compassion, empathy, and concern.” Biden also emphasized that he plans to be a unifying force for the country, and will be president of “all” Americans, and not just those who voted for him.

The Pew Report offers some interesting data points to consider. Among them: Nine out of 10 respondents said a victory by the opposition would result in “lasting harm to the United States.” And character counts in elections, especially presidential ones. In the Pew survey, registered voters were significantly more likely to describe Biden as having character traits that make a good leader: 67% described him as “compassionate,” compared with 34% for President Trump. The gap was nearly as wide on “honesty” (53% for Biden, 35% for Trump) and “a good role model” (54% for Biden, 28% for Trump). Additionally, eight out of 10 respondents said their differences with people from the opposing political camps were based on differences in opinion over“core American values and goals,” rather than solely on “policies and politics.”

One core “American” value is being engaged and active in the democratic process, says Ashley Rogers Berner, the deputy director of the Johns Hopkins Institute for Education Policy. The nation’s founders, Berner said, knew democracy was fragile. “This goes all the way to the heart of why we fund public education in the first place, which is to impart the skills and capacities of citizenship to the next generation,” she said.

The capacity to respectfully disagree is a “hard-won skill,” Berner said. It’s not about slogans or platitudes. “When we talk about what schools can do to create these conditions where we have tolerance, that does not mean moral relativism,” she said. “It doesn’t mean anything goes. It means understanding the civil rights of others, and having one’s own opinions that one can articulate and disagree.”

Teachers can sometimes be reluctant to wade into controversy, Berner said, but these democratic skills are developed in a community — and that’s precisely what a classroom is.

“You’re learning how to navigate disagreements with your peers, and not just someone who’s on Twitter that you’ve never met. This is really about being able to engage with a [fellow] human being whom you know and with whom you may disagree and with whom you have to co-exist.”

As education reporter Erin Richards wrote for USA Today in June, students struggled to find places to talk about the George Floyd protests given that most of the nation’s public schools had closed due to the coronavirus pandemic.

Six months later, building off Richards’ premise, education reporters could explore what opportunities young people have in local school communities to interact and discuss their feelings about polarizing issues, given that remote instruction is still the standard in many communities. And when reporting on such activities, reporters might ask teachers what they expect students to take away from the experience. What other lessons or skills are they hoping to reinforce?

To be sure, teachers and students were close observers of this year’s presidential race. Angel Hale, a 15-year veteran social studies teacher, told The Dallas Morning News she’s never seen anything like it: “In previous elections, when [Hale] asked kids why they supported Barack Obama or George W. Bush, they’d often struggle to articulate their reasoning or default to saying they liked the candidate their parents backed. ‘With this election,’ Hale told reporter Talia Richman, “they know their reasons.’”

As Chalkbeat Chicago reported, teachers have been shaping their instructional lessons to meet their students’ needs — including helping them manage election-related anxiety, and to give them a chance to support each other. One high schooler said she had multiple opportunities to discuss the election with her teachers and classmates, which helped her feel heard and cared for.

Beyond the ballot box

Addressing students’ emotional well-being has been paramount at Capital City Public Charter School in Washington, D.C., says Principal Laina Cox. The school, part of the national EL Learning network (formerly Expeditionary Learning), emphasizes rigorous academic expectations along with helping students develop the character traits to be ethical and engaged citizens.. With the pandemic, the switch to remote learning, and the high stakes of the election, tension has been high for students and staff, Cox told me. She’s been gratified, but not surprised, to see students reaching out to each other and their teachers for support.

The charter school’s fifth graders are currently in the midst of a unit on the U.S. Constitution and the branches of government. In prior years, the students have marched to a nearby university to encourage college students to register to vote. This year, they made their case virtually to the charter school’s high school seniors.

In addition to content knowledge like understanding what “taxation without representation” means for D.C. residents, the EL model also instills students with the ability to recognize and model the character traits that make good citizens and leaders, Cox said. Among them: compassion, empathy, honesty, and trustworthiness. That also means being able to identify, and expect those qualities in others, including political figures, Cox said.

“You spend so much time talking with students about how much their vote counts. But we also want them to understand once you get your person elected, whoever that is, that’s when the real work begins. Your voice is even that much more important because you helped get them there,” Cox said.

This is also “a prime way to teach students what accountability means,” Cox added. “It’s so important for young people to understand the power of their voice and what they’re asking for, and to hold elected officials to their word. What does that look like? How do you stay involved? That’s an inward lesson and an outward lesson.”

Rick Hess, a resident scholar and the director of education policy studies for the American Enterprise Institute, agrees that civic education is about much more than encouraging students to eventually vote. Hess, who previously taught high school civics, said there’s long been tension among educators and policymakers over whether the course should prioritize engagement and debating issues over content knowledge.

Both are necessary for young people to be informed citizens, Hess said. The participatory elements, he added, are an easier sell to students because those are typically engaging activities. “The other part is the less fun, grown-up stuff,” but that’s the heart of the civic process: the checks and balances that safeguard democracy, Hess said.

Hess offered a “real world” example for a teachable moment. He suggested teachers could explore with students the civic virtues exhibited by those judges and state-level officials, some of whom are Republicans, that rejected President Trump’s legal challenges to the election results as lacking evidence, despite intense political pressure.

“These are fundamental, centuries-old American virtues: responsibility and respect for the election process,” Hess said. “The hard work of being part of a democracy is being on a canvassing board in Michigan, or Wisconsin or Arizona, and standing up and certifying election results you don’t like.”