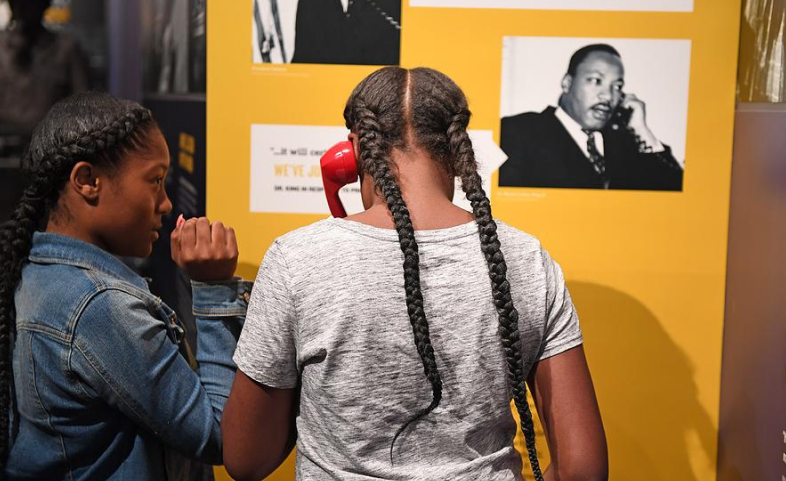 Martin Luther King Jr. Said, ‘Education is a Battleground.’ Reflecting on His Words

King’s remarks on education continue to be relevant in 21st century America.

Author: Kristan Obeng
Back to Skills

Battleground in the Freedom Struggle

When Dr. Martin Luther King Jr. accepted the John Dewey Award from the United Federation of Teachers in 1964, he spoke of education being a battleground in the freedom struggle.

“It was not fortuitous that education became embroiled in this conflict,” King said. “Education is one of the vital tools the Negro needs in order to advance. And yet it has been denied him by devises of segregation and manipulations with quality.”

As journalists reporting throughout the COVID-19 pandemic can surely attest, education has continued to be a battlefield for many issues, such as restrictions on transgender students’ ability to fully participate in school and sports; school shootings; mask and vaccine mandates; the closing and reopening of schools and, of course, critical race theory.

King’s March 14, 1964, speech to teachers and other analysis also shows there is still much work to do on the education front, even in 21st century America and most urgently during the pandemic.

“The richest nation on Earth has never allocated enough resources to build sufficient schools, to compensate adequately its teachers, and to surround them with the prestige our work justifies,” King added. “We squander funds on highways, on the frenetic pursuit of recreation, on the overabundance of overkill armament, but we pauperize education.”

King died four years after this speech. Though the humanitarian rights leader is most often remembered for his 1963 “I Have a Dream,” speech, it’s also important to acknowledge just how much King valued education.

As we celebrate his birthday and his holiday this January, here are important things King said about education and resources that detail his mission to overcome racism, discrimination and poverty in all walks of life.

King’s legacy lives on after his assassination at the Lorraine Motel in Memphis, Tennessee on April 4, 1968.

For his holiday and all year long, check out these resources that highlight King’s impactful life and thoughts on education:

Education alone is never enough, King described in a 1947 article called “The Purpose of Education,” which he wrote for his student newspaper, Morehouse College’s The Maroon Tiger.

“Education must enable one to sift and weigh evidence, to discern the true from the false, the real from the unreal, and the facts from the fiction,” King wrote. “The function of education, therefore, is to teach one to think intensively and to think critically. But education which stops with efficiency may prove the greatest menace to society. The most dangerous criminal may be the man gifted with reason, but with no morals.”

King then pointed to Eugene Talmadge, the ex-Georgia governor who used racism and populism to dominate the state’s politics in the 1930s and 1940s. The FBI investigated suspicions that Talmadge sanctioned the lynchings of two Black couples in 1946, according to NBC News.

“The late Eugene Talmadge, in my opinion, possessed one of the better minds of Georgia, or even America. Moreover, he wore the Phi Beta Kappa key,” King penned. “By all measuring rods, Mr. Talmadge could think critically and intensively; yet he contends that I am an inferior being. Are those the types of men we call educated?”

“We must remember that intelligence is not enough,” King advised. “Intelligence plus character — that is the goal of true education.”

Much of that work included encouraging the people, including Barratt Junior High School students in Philadelphia on Oct. 26, 1967. What he told these young people became another memorable speech, “What Is Your Life’s Blueprint?”

King’s encouragement of these students mattered. Many minorities faced poverty due to systemic racism, and families had few opportunities to improve their lives.