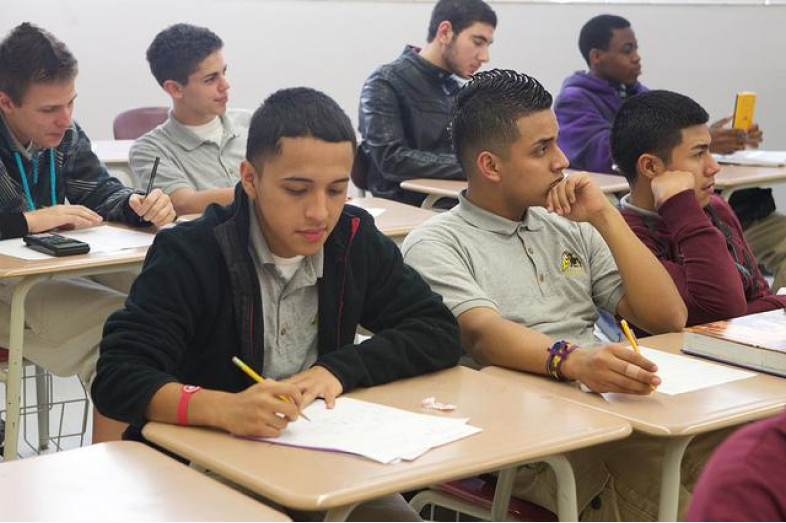 Starting July 15, high school seniors who are Hispanic, from low-income backgrounds and believe they have strong leadership credentials can apply for a private scholarship to cover virtually all college expenses.

Launched this year, the new program from the Bill & Melinda Gates Foundation will award its first full scholarships to 300 students in 2018. The support will include not just tuition, but also cover fees, housing, books and other costs.

The scholarship effort is being administered by the nonprofit Hispanic Scholarship Fund (HSF) but it is open to other racial and ethnic minorities.

Fidel Vargas, the president and CEO of the HSF, said the 300 “will be selected from a diverse, competitive, and national applicant pool. We expect the demographic profile of each class to mirror the diversity of the targeted communities served by the program.’’

Students will have just two months – until Sept. 15 – to apply.

Vargas’ recommendation for applicants: Focus on finishing the application.

“In many cases, more than half of students that start a scholarship application do not complete the application for one reason or another,” he said.

Winners “will be selected based on their academic record, demonstrated leadership and a variety of other criteria, which includes essays, recommendations, and interviews for 600 finalists,” Vargas said. The Gates Scholarship is the latest effort by the Gates Foundation to help low-income, high-achieving minority high school students pay for college. (The Seattle-based philanthropy also provides funding to the Education Writers Association.)

In 1999, the foundation launched the Gates Millennium Scholars Program, a $1.6 billion effort administered by the United Negro College Fund (UNCF). The program stopped accepting students in 2016 and will end in 2028-29.

In all, the scholars program has helped 20,050 low-income students of color, 35 percent of them identified as Hispanic or Latino, said Larry Griffith, a vice president at the UNCF.

He noted that one of the major differences between the two Gates-funded scholarship programs is that participants in the Gates Millennium Scholars Program have the option of graduate school funding in seven selected areas, while the new program supports undergraduate studies only.

Both programs, however, provide further support to students as they pursue their college careers and work with colleges and universities to ensure student success.