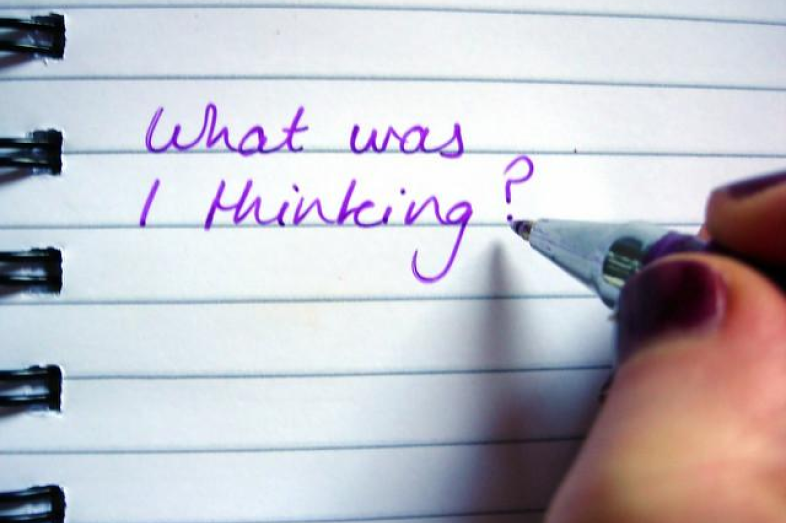 During a graduation season when congratulations are the usual fare, regret instead was the main course during an Education Writers Association seminar session about higher education polling. The potentially lucrative major discarded or the campus that could have become your beloved alma mater but didn’t: These were the emotional subjects tackled, backed with research methods of opinion surveys.

Officials from the Gallup opinion polling company and the Strada Education Network presented results of their new – and very ambitious- national poll that showed that slightly more than half of all adults had some regrets over their choices of colleges, degrees or majors. It showed that 51 percent would have changed at least one of those decisions regarding higher education if they could go back in time.

The poll of 89,492 U.S. adults, ages 18 to 65, is scheduled to be the first of several aimed at bringing a consumers’ viewpoint to a sector that sorely lacks it, according to Carol D’Amico, who is a Strada Education Network’s executive vice president.

Retail shops, Uber rides and hospitals, among many other businesses, long have used customers’ opinions to improve their products, experience and services, she noted. “We believe that consumer insights have the power to influence policies and practices in higher education as well,” she told EWA members and others at the June seminar at Georgetown University.

The basic rationale: Given how public opinion-rating can affect choices of restaurant meals, shouldn’t opinions also be gathered about such an expensive and life-changing experience as going to college?

The resulting report – “On Second Thought: U.S. Adults Reflect on Their Education Decisions”- showed that 36 percent of the participants wished they had majored in something different and that 28 percent regretted their choice of campus but that only 12 percent wanted a different level of degree.

(In full disclosure and in full spirit with the session, I attended and graduated from Georgetown in the deep past, and the report’s topics clearly resurrected some ambivalence about my own college days. I won’t reveal any of my own regrets about majors and campuses. However, the odd coincidence that the conference was located at my own alma mater was offset by a feeling that I was returning to a much different school; even the building where the seminar was held did not exist in my days there. Back to point: )

In the polling, income proved not to be a dramatic predictor of dissatisfaction with higher education choices, explained Brandon Busteed, Gallup’s executive director of education and workforce development. While 58 percent of poll respondents who earn under $40,000 expressed some regret, so did 43 percent of those who earn over $250,000 a year, the poll found.

“Even high earners would go back and do something differently,” Busteed said, adding a bit later: “A whole bunch of people who are making a ton of money are miserable.”

Given the job market for liberal arts majors, it may be no surprise that science, technology, engineering and math students had relatively low levels of regret about their fields of study: just 28 percent. That contrasted with 48 percent of liberal arts majors, 41 percent of those who studied public service fields, and 40 percent of business students, the poll found. It also won’t shock anyone that those who graduated with bigger debt totals had more qualms about at least one of their higher education decisions than those who had low loan burdens or no debt. About half of those with either no education debt at all or less than $15,000 debt expressed some qualms about their decisions compared to 63 percent with more than $75,000.

But even with these wistful or potentially angry look-backs, most Americans gave quite favorable ratings to their post-high school educations, Busteed noted. Asked whether they considered their education to be of high quality, affirmative answers came from 81 percent of those who finished a technical, trade or vocational program and 89 percent of those who earned a bachelor’s degree.

The journalists at the seminar asked about getting more detailed information, state by state and possibly school by school, as the polls continue in the years ahead. Busteed said they will be considering publishing more such information along with data about how opinions change over time since graduation.

Some EWA members expressed doubt about whether the report and poll really broke new ground. Aren’t many of the numbers what you would expect given human nature and the nostalgia or sorrow one feels about any major life decision, including jobs, marriage, children, houses?

D’Amico said that the level of details about specific education choices were not available any place else and that she hoped schools would respond by bolstering counseling early in students’ education and helping them plan better. The poll, she said, raises the question of “what responsibility does higher education have to that before students even start this journey?”

If young people hear about what their elders say about their own regrets, perhaps more 18-year-olds without solid plans would take a year or more off from education after high school graduation to do other things and think about what they want to subsequently study, Busteed said. “If you have no idea what to do and where to go, maybe it’s not the best idea to go off to college” right after high school, he said.