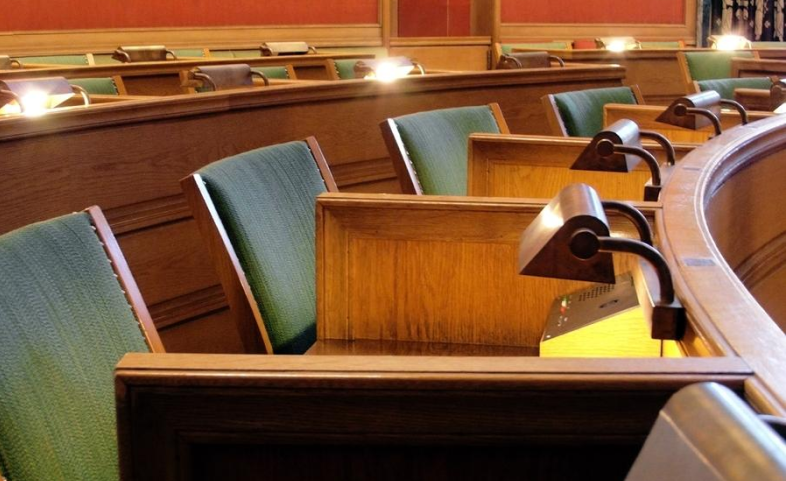 When it comes to the decisions that most directly affect the business of public education and what happens in classrooms, few people are as influential – and often as unacknowledged – as local school board members.

Indeed, a new report from the conservative Thomas B. Fordham Institute suggests the makeup of local school boards can have a measurable effect on student achievement.

The report is part of a joint project between Fordham the left-leaning Center for American Progress to look at how school governance influences education reform. The findings are based on a 2009 survey of more than 900 school board members in districts across the country. Board members were asked about their level of experience and backgrounds, their awareness of their district’s fiscal picture and top challenges, and their personal political leanings.

Before I jump into the findings, my usual caveat: Surveys are subjective, and the questions that are asked are as important as the answers. At the same time, surveys offer a snapshot in time, rather than a complete or definitive portrait.

According to Fordham, school board members “generally possess accurate knowledge about their districts regarding school finance, teacher pay, collective bargaining, and class size but appear less knowledgeable about academic standards.” Districts where board members put a high priority on student learning had stronger academic outcomes, the report concluded.

There were some provocative findings, particularly about whether school board members with professional background in public education are better informed about the finances and other particulars of their district than their “civilian” colleagues: The report concludes they are not. That finding goes against conventional wisdom in many communities, where former teachers and administrators often have a leg up on their competition in school board races simply by virtue of their firsthand experience as an “insider.”

And then there’s the question of political ideology. From the Fordham report:

“…Political moderates appear to have more accurate knowledge than their liberal or conservative counterparts. This is troubling not because ideology or experience shapes board member opinions—that is unavoidable—but because voters in today’s polarized climate might favor strong conservatives or liberals over moderates (‘at least they have an opinion!’) and former educators over system outsiders (‘they know what it’s really like’). Voters need to be more aware of these tendencies and respond accordingly. (So far—in what we take to be a good sign—school board members as a group are more ‘moderate’ than the U.S. population as a whole.)”

The National School Boards Association, the source of the survey data, praised the report overall as a valuable contribution to the conversation on district achievement efforts but also pointed to its limitations.

The researchers also examined the impact of the election process itself. Districts were more likely to have “beaten the odds,” i.e. had stronger student outcomes than might have been predicted based on the demographics and funding levels of the district, when the school board elections were held “on cycle” with general elections, and members were elected “at large” rather than within a smaller ward.

The first piece of that finding – the potential benefit of an on-cycle election – is an easy fix policymakers could make right away, said Michael Hartney, one of the authors of the report.

“It’s a revenue neutral reform,” Hartney told me. “If anything it’s going to save school districts money because they can piggyback on existing elections. How [E2] can you really justify holding elections at an odd time of the year when you voter turnout will lower, and it will cost the district more?”

He acknowledged that the issue of “at-large” candidates vs. dividing the district up into geographic wards will be more difficult for policymakers to act on.

“We know with ward elections that minorities are more likely to be elected, and the board’s makeup is likely to be more representative of the community,” Hartney said. “We need to tread a little more lightly there. But an open election is going to get more people concerned about high achievement across the board.”

At the same time, moderate candidates are more likely to be elected during on-cycle elections, which mean it’s more likely to produce a school board in which the members focus on student achievement rather than worrying as much about pet issues of their smaller groups of constituents, Hartney said.

Kris Amundson, executive director of the National Association of State Boards of Education, said the new Fordham report confirms what she came to believe after nearly a decade on the Fairfax, Va. School board: More diverse backgrounds among individual members make for a stronger and more effective group.

“School employees prove to be pretty good at spotting areas that others might miss, while business people might catch something else entirely,” Amundson said. “I was on a board with someone who was an actual rocket scientist. We had a couple of lawyers. In a healthy board you find a way to capture all of those perspectives and talents.”

But “people don’t always know where their blind spots are,” Amundson said. “I’m sure those school employees (in the survey) would be surprised by the disconnect between what they see and what actually exists.”

In many districts school board elections get little or no attention, and it’s unusual to have a wide field of highly qualified candidates, in part because the position often pays only a small stipend for what can turn out to be a significant amount of work.  But as the Fordham report makes clear, the work of the school board (and how its members are ultimately chosen to carry out that work) should matter — to everyone.