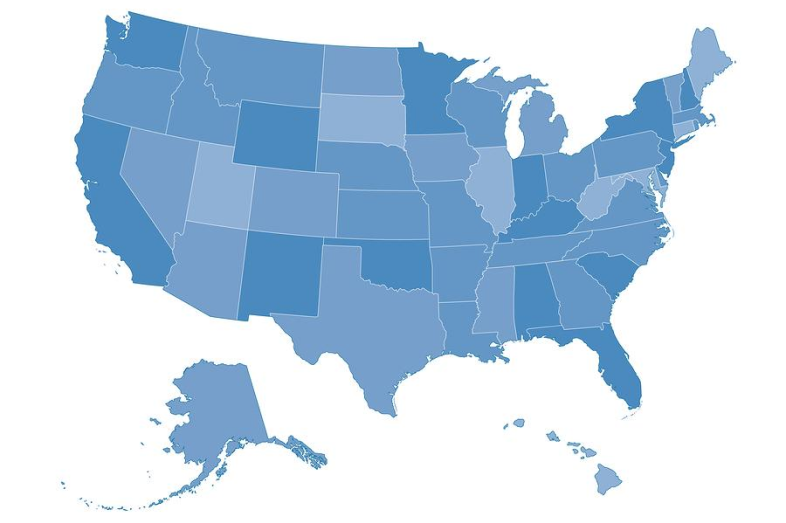 The education laws and policy decisions made in the state capitol might seem far removed from the realities of the schools you cover, but their impact hits much closer to home than you might realize.

Author: Ben Wieder
Back to Skills

The education laws and policy decisions made in the state capitol might seem far removed from the realities of the schools you cover, but their impact hits much closer to home than you might realize. Keeping track of those state debates as they occur is a good way to keep teachers, administrators and local parents in-the-loop about changes that might be coming, and give them an opportunity to contribute their opinions when they still can have an effect.

More than just the number

One of the top headlines to come out of legislative sessions each year is the education budget. That spending plan matters to your local community. But without context, the big number itself doesn’t mean much to readers. During the budget debate try to get a sense from principals and your district’s superintendent of what a budget cut or increase will actually mean in the classroom. Will teachers get hired or fired? Will parents have to pay more for activities? Will it lead school leaders to seek an increase in local property taxes?

A host of other issues have a major impact on local classrooms. Some of the most contentious state debates in recent years have centered around teacher evaluation and employment practices, for example.

Curriculum and textbook requirements are also often decided at the state level. Those decisions have attracted more scrutiny than usual due to the debate about the Common Core State Standards, but they can be a regular source of interesting stories, from new sex education policies to debates about science instruction and history or social studies.

Any time the legislature or state agencies make changes to the state testing policy, you can bet it will lead to controversy down the road. Get ahead of the curve on predicting the impact of those changes and see what schools will have to do to prepare.

A number of state education policies have major local impact, but one key area to keep an eye on are charter schools laws and voucher programs. Even if your state already authorizes one or both of these approaches, legislators and policymakers regularly debate changes to the laws and regulations governing such programs.

Before you can write about education policy, it’s important to understand how it’s made. At the most basic level, legislatures pass bills that are then signed into law and interpreted as policy by agencies. But that simple summary misses all the people who influence what makes it into those bills before they become laws and how they will be interpreted.

No one person has more influence on state education policy than the governor. He or she sets a legislative agenda and, often, picks the agency heads who will interpret policy. In the budget process, the governor typically submits the first draft of the budget and then has final say on the version that’s been approved by the legislature. The governor can champion broad policies or specific legislation and has veto power over any bill that hits his or her desk (although that veto can be overridden, typically by two-thirds of the legislators in both chambers).

That’s not to downplay the role of legislators. The leaders of either legislative chamber (aside from Nebraska and its unicameral legislature) have tremendous influence. They decide which legislators will sit on which committee and whether bills approved by that committee will be voted on by the entire chamber, which is necessary for them to continue moving toward the governor’s desk. To keep up on education legislation, you’ll want to pay attention to what’s happening in education committees, which may be divided into K-12 and higher education, and with the budget committees.

Once legislation makes its way through the legislature and is then signed into law, it’s typically up to agencies to figure out how to implement it and enforce it. In higher education, the system is usually more decentralized, with the boards for particular university or college systems doing much of that work, with less oversight from a statewide higher education board. In some states, including Florida and Nevada, there is a centralized board of regents which oversees both university and college systems.

The agencies themselves testify during the legislative process and submit requests for legislation they’d like to see enacted. They’re not the only ones trying to influence that process. Various interest groups, including professional organizations such as teachers’ unions and school board associations as well as “education reform” groups such as StudentsFirst and Stand for Children, typically employ lobbyists who lean on legislators and agency employees to craft laws or interpret policy favorable to their position. As more states move to adopt term limits for legislators, forcing them to retire after a certain number of legislative sessions, some believe that those interest groups and their lobbyists – many former lawmakers themselves – have an even greater influence on legislation than in the past. It’s not unusual for them to write portions of the bills that ultimately become laws, nor for such text to be taken partially from model bills conceived by organizations like the American Legislative Exchange Council, a conservative legislative think tank.

While the legislative process might seem overwhelming at first glance, there are a number of organizations you can turn to for help in better understanding the politics and the process.

The two best sources of objective information on education laws are the National Conference of State Legislatures and the Education Commission of the States. NCSL is the authority on all things state legislature and the education team does a good job tracking how key policies compare across the country. If you ask nicely (and give enough lead time) they’re often willing to do a little digging on your behalf if they haven’t already compiled research on a subject. ECS is similarly comprehensive and has an exhaustive database of education policies across the states, as well as a team of subject-matter experts.

Professional organizations have a stake in some policy debates, but that doesn’t mean you shouldn’t turn to them for help. The National Association of State Boards of Education has some essential resources for comparing your state to others. Its educational governance comparison chart, available in the downloads section of its website, is an invaluable guide. While NASBE typically shies away from talking about anything controversial, the Council of Chief State School Officers can provide similar context and is typically more willing to comment. On a more local level, the National School Boards Association and AASA, the School Superintendents Association, can provide good insight as to how different state policies can affect individual districts and schools. There are also alternative groups, including Chiefs For Change, which advocates for school choice and using student test scores in teacher evaluations, among other policies.

On the higher education side, the State Higher Education Executive Officers Association is an invaluable resource for information on higher education policy, especially funding. The Association of Governing Boards has experts on how college and university boards are typically appointed and operate. For an alternate point of view, consider the American Association of Alumni and Trustees.

Teachers’ unions and “education reform” groups are more overtly political, but can similarly be essential resources. The organizations and their lobbyists often have a good read on a particular policy debate and are sometimes more willing to talk than the legislators or agency officials involved in the debate.

The National Education Association and American Federation of Teachers are the two national unions, and each has state and local affiliates. Of the “education reformers,” StudentsFirst, Stand for Children, and the National Council on Teacher Quality are typically most involved in debates about teacher preparation, personnel policies and student testing. The American Federation for Children, 50CAN and The Friedman Foundation for Educational Choice are more involved in advocating for more charters and voucher programs. There’s overlap among all of the groups, though, and many states have local policy groups that promote similar goals.

Finally, many academic experts can provide you good insight on proposed changes and their historical precedent or pedagogical soundness. You can survey academic papers or universities in your state to find experts, or turn to EWA’s listservs for advice from fellow education reporters about good sources.

A great complaint of any state reporter is that there’s seldom enough time to report on the real-world impact of proposed legislation during the legislative session. There isn’t much time to document the impact of legislation after it becomes law, either. That’s where you can fill a crucial gap. It’s important that politicians, policy makers, school administrators and parents understand the actual effect of new legislation and policy changes. By connecting the dots between state policy and your local schools you can help accomplish that. You can anticipate disruptive changes and ensure that laws are being implemented as they were designed to be.

Don’t hesitate to press lawmakers on how they anticipate these changes will actually affect your local school and ask school administrators what it will take for them to comply with the law. Both are likely to fall back on platitudes and vague statements in any official statements they release; force them to go beyond that. Get a sense of what teachers think, or if the Parent Teachers Association is discussing the laws (PTAs are often active at the state level). By documenting the impact of state laws and keeping track of their implementation, you can help keep lawmakers – and school leaders – accountable.