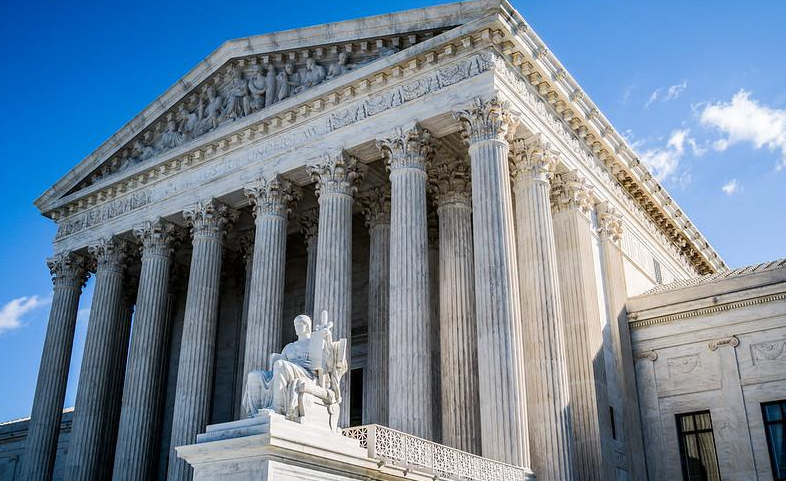 Editor’s note: This post was updated on June 30, 2020, after the Supreme Court ruled in the Espinoza v. Montana Department of Revenue ​case.

The justices heard arguments Jan. 22 in Espinoza v. Montana Department of Revenue. As Education Week’s Evie Blad summed it up, “The case has been closely watched by advocates who hope to expand the use of publicly funded voucher and tax-credit scholarships. And it’s being watched by education groups that oppose such programs, fearing they will siphon away tax dollars that would be better spent on public schools.”

Thirty-seven states — including Montana — have added so-called “Blaine Amendments” to their constitutions, prohibiting public dollars from going directly to religious institutions. In some states, programs like tax-credit scholarships have been set up to circumvent Blaine Amendments. In those instances, money that would have otherwise gone to public coffers is redirected to cover students’ costs at private or parochial schools.

That was the premise of the case decided this week by the Supreme Court. Among the questions justices raised during oral arguments: Who’s the “affected party” if states aren’t allowed to use tax-credit scholarships? Is it the parents seeking a religious school for their kids, the parochial schools who benefit from the funding, or the taxpayers who want to see their dollars used for that purpose?

In 2015, Montana passed a law allowing tax credits for individuals who donated to private school scholarship funds. The Montana Supreme Court struck down the law, arguing that it violates the separation of church and state. The plaintiff in the Supreme Court case is Kendra Espinoza, the mother of two children enrolled at a private Christian school who wanted the benefit of the scholarship program.

As NPR’s Nina Totenberg explained, the Supreme Court decision on Espinoza “could dramatically alter the line separating church and state.” The New York Times’ Erica Green outlined the potential for a “watershed moment” in the nation’s broader debate over school choice. And U.S. News & World Report’s Lauren Camera framed the looming decision as having “seismic implications not just for states and their public school systems but also for the fate of the Trump administration’s No.1 education priority: a $5 billion tax credit scholarship. It could also serve to cement the president in the good graces of his important evangelical Christian base ahead of the 2020 election, or not.”

But don’t expect a sudden flood of new voucher programs as a result of a decision in the plaintiff’s favor, as reporting by Chalkbeat’s Matt Barnum and Kalyn Belsha indicates. “States that wanted to have a voucher law have already adopted voucher laws,” Kevin Welner, a professor at the University of Colorado who is critical of vouchers, told Chalkbeat. “Those horses are already out of the barn.”

Local reporters — especially those living in one of the states with Blaine Amendments — can dig into this story by offering their readers and listeners a quick explainer of how the Supreme Court decision might impact school choice in their communities. Among the questions to ask: How many students are actually taking part in voucher and scholarship programs? Who are they, and what factors led those families to select private schools instead of enrolling in a local public school? Who’s monitoring the academic progress of students who opt for scholarships and vouchers? In Indiana, as Chalkbeat reported, students in the state’s voucher program who opted for private over public schools actually saw their test scores drop in math.

For more background, Education Week’s Mark Walsh provides important historical context on prior Supreme Court rulings on religious school funding, and biographical tidbits about U.S. Rep. James G. Blaine of Maine, who introduced his failed amendment to Congress in 1875. EWA looked at tax credit scholarships and voucher programs at our 2017 National Seminar. You can read a writeup of that session here. U.S. Education Secretary Betsy DeVos discussed her support for a proposed $5 billion federally funded voucher program at EWA’s 2019 National Seminar (she has a front-row seat for the Supreme Court arguments). And NPR’s Cory Turner discusses his investigation into voucher programs in this 2017 episode of the EWA Radio podcast.