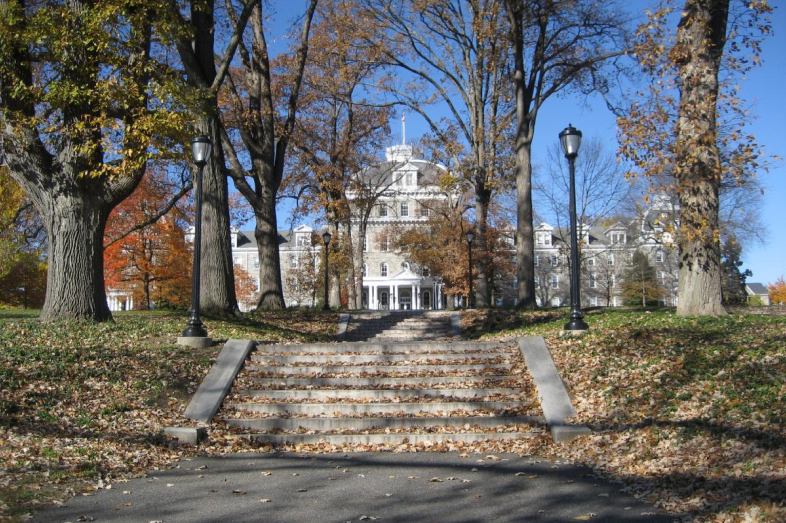 Call them the top four percent: elite private colleges and universities that together sit atop three-quarters of the higher education terrain’s endowment wealth.

Among that group of 138 of the nation’s wealthiest colleges and universities, four in five charge poor students so much that they’d need to surrender 60 percent or more of their household incomes just to attend, even after financial aid is considered. Nearly half have enrollment rates of low-income students that place them in the bottom 5 percent nationally for such enrollment.

These findings come from a new report released by the Education Trust, which noted that while these places of higher learning possess endowments of at least $500 million each, few are spending that largess at anywhere near the rate they could to ease college costs for talented low-income students. The report called many of these schools “playgrounds for the children of the wealthiest in our country” with leaders who “have mostly chosen not to prioritize educating students from low-income families.”

The high cost of attending “prices out many low-income students, funneling them to institutions that are less selective and have far fewer resources,” the report’s authors said.

Endowments are tax-exempt funds, including donations and investments, that colleges and universities manage over many years to pay for a wide range of expenses, such as research, salaries and student financial aid. Unlike other nonprofit organizations, colleges and universities aren’t obligated to spend at least 5 percent of their endowments on mission-related expenses.

The report’s findings underscore the increasing tension between leaders of higher education and policymakers who question their commitment to evening the playing field for less fortunate students.

“We have to keep our eye on this problem of education becoming a luxury good. We have to challenge elite institutions to do more,” U.S. Under Secretary of Education Ted Mitchell said in 2015 at a public event. In January Bloomberg reported on a bill proposed by a Republican congressman that would force colleges with endowments of greater than $1 billion to spend a quarter of their earnings on aid for poor students. About 90 schools would be affected.

And in February of this year, several congressional Republicans sent 56 colleges with large endowments letters containing questions about how much of their wealth goes toward needy students, among other inquiries. Other schools have faced state lawmakers’ proposals to tax some of their holdings.

“I certainly believe that these institutions need to be spending this money on low-income kids,” Andrew Nichols, a co-author of the report and the director of higher education research at Education Trust, said in an interview. “And if they’re not spending a certain amount, a certain threshold, they should certainly be taxed.”

A Congressional Research Service report from last December estimated that if returns from private college endowments were taxed at 35 percent, the government would collect $11 billion in revenue, based on 2014 figures – money that could be spent helping low-income students.

But whether institutions are permitted to use their endowments to expand opportunities for less privileged students is an open question. Endowments often contain large financial gifts from wealthy donors that have conditions on the spending, conditions that don’t necessarily include helping students afford the cost of attending. Princeton University responded to the February letter from federal lawmakers by noting that its $22.7 billion endowment is spread across 4,300 separate accounts, many which come with restrictions.

The Education Trust report’s authors showed little sympathy for schools that say their hands are tied. “They are not powerless, passive actors when it comes to fundraising, receiving financial gifts, and determining how endowment funds are spent,” the report said. It encouraged colleges to insist that funders offer more flexibility to support financial aid programs.

To learn more about how colleges spend their endowments, the authors scoured colleges’ tax documents, known as 990 forms. The report indicates that finding the relevant information wasn’t easy: For one, the documents are hard to locate; also, many schools have multiple tax ID numbers, each with its own 990 form, making comprehensive evaluations difficult.

“They’re essentially subsidized by all taxpayers” due to their tax-exempt status, said Nichols. “So the expectation would be that the least these institutions could do would be to report more on these significant financial resources.”

Still, the researchers were able to scrutinize 67 of the largest endowments in the country, including those belonging to the University of Pennsylvania, Swarthmore College and Howard University. These 67 high-flying schools between 2010 and 2013 added to their endowments by an average of 3 percent, and posted average annual returns on investment of 11 percent. Roughly half of these colleges spent less than 5 percent of their endowments in 2013, which crimped their ability to find additional dollars to ease the financial burden of low-income students, the researchers said.

Institutions say they must act cautiously with their endowments to navigate tough economic climates. Last year Amherst College reported that if it spent 8 percent of its endowment annually rather than 5 percent, it would lose 60 percent of its wealth in 25 years. But the Education Trust report’s authors said a little bit of extra spending can go a long way. In the 67 schools they reviewed, just increasing the endowment-spending rate from around 4.5 percent to 5 percent could free up resources to cover the tuition for nearly 2,400 new students, the report found.

This story was produced by The Hechinger Report, a nonprofit, independent news organization focused on inequality and innovation in education. Read more about higher education.