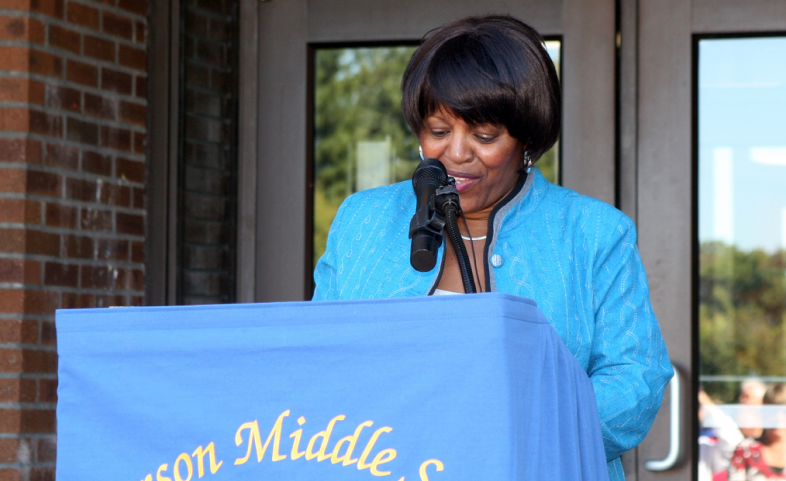 The Power of the Principal

On the South Side of Chicago, one principal caught the eye of columnist David Leonhardt. In a March 10 opinion piece published by The New York Times, “Want to Fix Schools? Go to the Principal’s Office,” Leonhardt examines how Principal Gregory Jones and other school leaders make a difference.

“[P]rincipals have a strangely low profile in the passionate debates about education,” Leonhardt writes. “The focus falls instead on just about everything else,” including the Common Core and standardized testing, the type of school (charter, district-run or private), and teacher quality. Since Jones took the helm at Kenwood High School in 2012, the graduation rate has gone up from 74 to 85 percent. The columnist explains that principals offer one of the most effective means to improve teaching.

A Tale of Two Schools

Meanwhile, a New York Times story this month focused on the very different tales of two public schools housed in the same Bronx building. One was shut down because the city’s Education Department decided that the low-performing school was not making enough progress, while the other remains open and has improved in many ways.

“It became clear that decisive leadership can make or break a school’s turnaround efforts,” writes reporter Kate Taylor, describing what she learned after multiple visits to both schools. The school that closed struggled to improve student test scores despite receiving more funding under a “Renewal” program run by the administration of Democratic Mayor Bill de Blasio. (The Renewal program has provided more than $400 million in social services and academic assistance to the city’s most struggling schools, the story explains.)

The principal of the school that remains open, Dorald Bastian, came on board in 2006, at a time when “he said the school was ‘on fire’ — a phrase he meant both figuratively and literally. Students would get mad and punch out the glass panels in classroom doors, and a couple of times they set bulletin boards on fire.”

At one point, the principal chased a student with a loaded handgun out of the building. His approach brought more stability to the school, and the way Bastian used Renewal funding for teacher training and purchasing laptops helped students improve, with math and reading test scores rising, as well as attendance rates, according to the article.

Another story profiles the new principal in an Indianapolis school that is struggling with low state test scores and high rates of out-of-school student suspensions.

“Over the years, the school turned into a revolving door of school leaders, with the most recent principal quitting in the middle of the year,” the Indianapolis Star reports.

Between 2012 and 2015, the school slid from an A to an F rating for academic achievement. The new principal, Bakari Posey, is focused on improving school culture and creating a more supportive learning environment, the story explains, such as by reducing “punitive” discipline practices and celebrating good choices by students. At the same time, Posey emphasized the need for clear consequences.

“School culture is … paramount. You can’t really get too much done if the kids don’t know where the line in the sand is,” Posey told the Indianapolis Star.

Meanwhile, the Courier-Post newspaper of South New Jersey recently featured the principal of a Woodbury, N.J., elementary school who aims to visit the homes of each of his 296 students by the end of the year. Principal Tom Braddock delivers each student a pencil that says, “My principal is proud of me,” the story notes. Braddock told the Courier-Post that the goal of the home visits is to better connect with students.

“I look through a very different lens now after going to all of their homes,” he told the newspaper. “It’s not only opened my heart, but opened my mind. It’s allowed me to look at each child in a much more loving and understanding way.” The visits appear to make a difference, as one student told the Courier-Journal that “most of my positivity comes from Mr. B.”

The special report, Who’s Ready to Be a Principal?, published in January by the newspaper Education Week, examines current challenges in improving principal preparation. It addresses a variety of issues, including how new professional goals, specialized principal training targeted to help leaders develop specific skill sets, and principal training programs at universities connect with recent changes to expectations for school leadership. It also looks at teachers’ perspectives on the ideal principal and features a promising principal preparation program in Illinois.

“The [principal’s] job has changed dramatically in recent years, especially the expectations around what effective principals must be able to do,” the editor’s note to the series explains. Principals must be better equipped to train teachers, improve school climate, and “know how to attend to the full array of children’s needs, not just their academic ones.”

For more information, visit the EWA Topics page on school leadership and read our Ten Questions to Ask on School Leaders blog post.