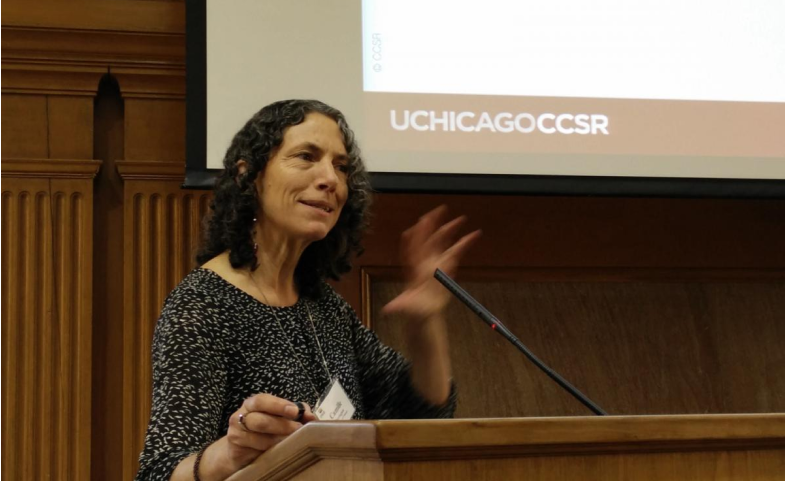 To Improve Learning, More Researchers Say Students Should Feel Like They Belong in the Classroom

About a third of the students who started college in 2009 have since dropped out, joining the millions of young adults who never entered college in the first place.

About a third of the students who started college in 2009 have since dropped out, joining the millions of young adults who never entered college in the first place.

Several years into a massive push by both the federal government and states to increase postsecondary graduation rates, education policymakers across the country are asking what else they can do to get more students to and through college.

There’s one seemingly simple solution according to David Yeager, an assistant professor of psychology at the University of Texas at Austin: Tell students they belong in higher education.

Yeager presented data to support that view during an EWA seminar for journalists this month at Stanford University. Yeager and his co-panelist Camille Farrington, senior research associate at the University of Chicago’s Consortium on Chicago School Research, argue that educators should explicitly address how students feel about themselves and their place in school. However, they warn that too often the attempts of well-meaning teachers and administrators to do so actually undercut their intended message.

A few years ago, Yeager and colleagues at the University of Texas worked with several high-performing charter school networks to test this idea. They selected a group of black students from low-income families — a demographic group which, statistically, is more likely to drop out of college, even if offered a robust financial-aid package. The participating students were asked to read testimonials from African-American graduates of the charter networks who succeeded in college. The researchers wondered whether hearing such stories would improve the odds that the low-income black students would also succeed in a place of higher learning. The testimonials emphasized that struggling to adjust to college does not necessarily mean that those students are not academically prepared or don’t belong in higher education. Rather, according to Yeager, the testimonials emphasized that intelligence and the ability to navigate higher education grow if students have a clear game plan for sticking it out. That roadmap can have many components, like accepting that setbacks are part of the academic process, reaching out to mentors for help, and self-confidence in the ability to perform at a high academic level

Though the time commitment of the experiment was negligible, the impact on outcomes was sizable. Overall, 43 percent of students who received the intervention were still enrolled in college by fall of their junior year, the researchers found, compared with just one-third of a “control group” of similar students who did not hear such testimonials.

“Telling students that it’s common to get a C or D, that this is something almost everyone experiences, can have an effect, said Yeager. “These mindset interventions are important stopgaps.”

While programs like this may seem simple, there are no shortcuts to changing students’ mindsets. One such shortcut that has been embraced by many teachers and parents is to merely praise students’ effort, said Farrington and Yeager. However, they caution, the oft-used term growth mindset – the self-belief that a student’s abilities can grow through hard work and effort – doesn’t mean just praising kids for trying.

“If you look at expert tutors, 90 percent of their utterances are questions, they never praise, they push kids,” said Yeager.

He’s presently working on a study that monitors the attitudes of low-performing students toward their teachers. In many cases, the teachers say things like “I know this is really hard, I love your effort, come in after class.” But what may seem like a growth mindset boost from a teacher’s perspective is often interpreted as something else entirely by the student, said Yeager. A struggling learner may think the teacher is really intimating, “I’m not surprised you aren’t getting this since I think you’re dumb,” Yeager said. The student may also wonder why he’s being praised despite getting all the answers wrong, and feel stigmatized further by being asked to stay in class after the bell rings.

Still, while interventions have a role to play in schools, a much wider shift is required in schools to really change how students judge their academic abilities, said Farrington.

“I’ve heard of a teacher that just put four mindsets up on the wall and had students read them every day, but it’s not just about little messages, it’s how students perceive reality,” said Farrington.  She said students are more likely to do well if they’re taught to believe in their own success, but classrooms have to be designed in a way that recognizes the slow pace of learning. “If you are going to teach me something today and test me on it tomorrow, you’ve set it up in a way that I know I’m not going to succeed,” she said. While mindsets can change,  “you can’t totally overcome actual barriers to learning.”