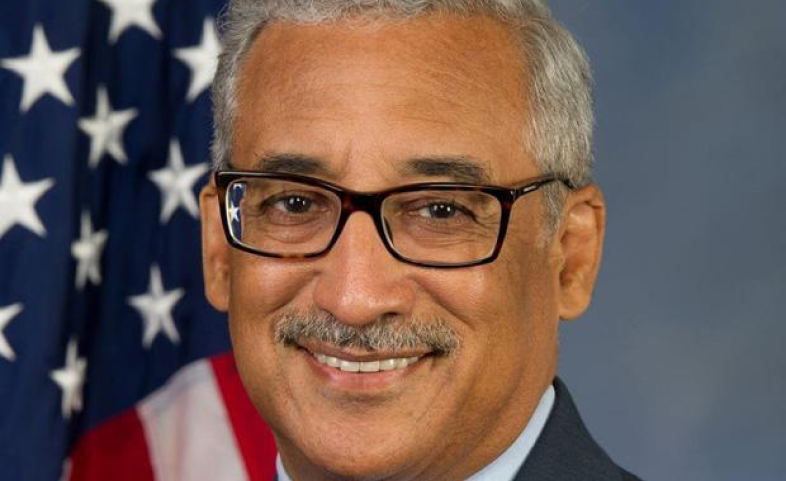 If schools can be opened safely, then do it. “If you can’t do it safely, you shouldn’t do it at all.” That’s the view of the Democratic congressman with the most clout in federal education policy.

U.S. Rep. Bobby Scott (D-Va.), the chairman of the House Committee on Education and Labor, dismissed recent CDC guidelines that emphasize the importance of reopening schools in a Friday, July 24 webinar at the Education Writers Association’s National Seminar.

“Of course (opening schools) is a good idea,” he said, ticking off a list of reasons in-person instruction is superior to online learning, ranging from student achievement to child abuse detection to helping reopen the nation’s economy.

But during the video interview with reporter Laura Meckler of The Washington Post, Scott named a laundry list of concerns that schools must address to reopen safely, from making sure each building’s ventilation system is effective, to how personal protection equipment for staff would be paid for, to how school systems would meet the demands for extra buses and bus drivers.

‘To the Extent We Can Rely on Experts and Science, We’re Much Better Off’

“Opening schools takes planning. There’s just not enough time to get everything done,” he said. While many states with rising COVID-19 rates shouldn’t reopen for in-person school, Scott added, even schools in areas with low infection rates should probably gradually move to a full-time, in-person model.

Scott bemoaned the politicization of the reopening debate.

“The president saying, ‘open school or I’m going to cut your funding’ — that’s not a plan. To the extent we can rely on experts and science, we’re much better off,” he said.

But much of the conversation circled back to money. Will Congress give schools enough funds to pay for the needed work, Scott asked, especially against the backdrop of a recession that threatens to severely limit state and local budgets?

The Democratic-led House passed a $3 trillion coronavirus relief bill on May 15, which included $58 billion for schools. The Republican-led Senate’s $1 trillion HEALS Act, released late on Monday, July 27, includes $70 billion for K-12 schools and $30 billion for colleges and universities.

Scott emphatically called a surface comparison of the bills false, protesting that the Democratic bill would provide much more relief to school districts. He complained that the Senate proposal limits some of the money for schools that have reopened, which could lock out schools in hotspots from receiving funds because they can’t reopen yet.

For instance, the federal Government Accountability Office has reported that 40 percent of schools’ heating, ventilation, and air conditioning systems need to be replaced.

“But you wouldn’t get reimbursed [for fixing] a ventilation system because you haven’t reopened. But you can’t reopen until you fix the system,” he said.

Scott’s biggest problem with the Senate proposal is that it ignores funds for states and local municipalities. Without helping states make up revenue shortfalls, the representative says schools will face budget cuts. This would mean any additional federal money schools receive would be used to backfill existing budgets, rather than spent on expanded cleaning, personal protection equipment for staff and students, and COVID-19 tests.

Scott guessed that an eventual relief bill from Congress will include state and municipality aid. Republican governors, mayors, and school board members are telling their elected officials, “We need the money and if we don’t get it, bad things are going to happen,” Scott said. They are saying, “We’re not going to cover for you, we’re going to blame you.” This pressure should result in “a decent piece of legislation.”

Scott also criticized the spending restraints of the Senate bill, saying half the money is reserved for schools that are going to open for in-person instruction and a quarter of the funds are being held for private schools.

While the Democratic lawmaker spoke mostly about K-12 education, he did touch on problems facing both higher education institutions and students. Increased aid to schools, as well as larger Pell grants, could help rein in costs and make a degree more affordable, he said.

“Students are having to decide whether they are going to take on an almost mortgage-size debt to get a college education,” he said. “A lot of people are concluding that they can’t afford to go to college. That’s a major step backwards.”

The other big issue the 14-term congressman addressed during the 30-minute interview was making sure students had both a computer and internet access to ensure better remote learning for schools that stay online in the fall.

He quickly agreed with a suggestion to make the internet a public utility, but added that schools should be able to get each student a computer and internet access for about $500 a school year. With some districts spending anywhere from $8,000 to $15,000 per student every year, Scott said, “It’s not that expensive to get people connected. At some point, you just have to spend the money.”