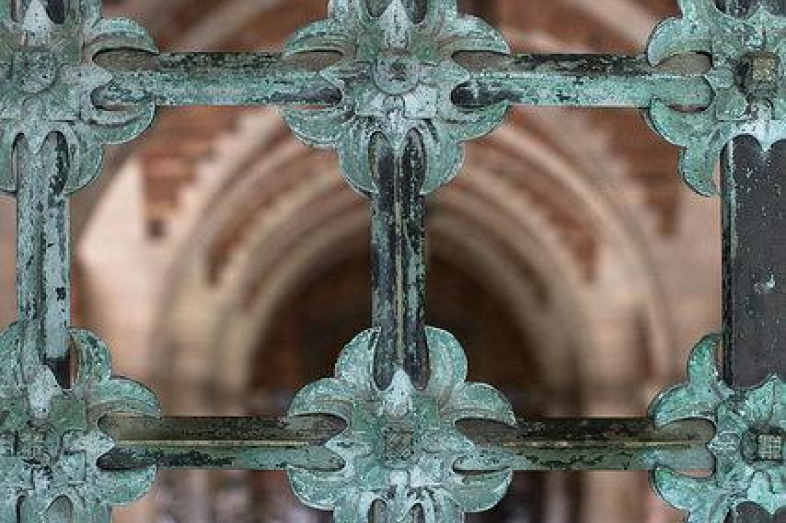 Why Elite Colleges Have Always Been ‘Pay to Play’

The details of bribery and fraud involving some of the nation’s most elite colleges unveiled in the “Operation Varsity Blues” admissions scandal are jaw-dropping. But the underlying premise — that wealth can buy entry to prestigious  universities – has been a subject of many journalistic investigations over recent decades.

Journalists throughout the U.S. quickly investigated the latest scandal while also weaving into their coverage the long history and troubling socioeconomic implications.

They noted that the U.S. Department of Justice’s largest-ever college admissions prosecution pulls back the curtain on a process that calls into question the idea that America is a meritocracy. (For more, take a look at The Hechinger Report’s Divided We Learn project.)

The indictments allege that rich and famous parents paid college admissions consultant William “Rick” Singer at least $25 million to ensure their children landed coveted seats at Stanford, Yale, the University of Southern California, the University of Texas and other selective colleges. Singer has already pleaded guilty, according to federal authorities.

Jennifer Medina, Katie Benner and Kate Taylor of The New York Times detailed the indictments against 33 parents who, in many cases, paid the consultant hundreds of thousands of dollars to bribe athletic coaches, test proctors and others to get their children high scores and coveted admissions offers.

For example, Singer allegedly got the students higher scores on admissions tests through a variety of means, such as having ringers take the test for them, having others correct the students’ answer sheets, or having the students improperly declared “disabled” to get them extra time to complete the exams. In addition, Singer allegedly bribed athletic coaches to include under-qualified and non-athletic students as their chosen recruits in the admissions process.

In some instances, the children had no idea their parents were cheating on their behalf.

To be sure, private consultants have been exploiting status-hungry parents’ anxiety about their children’s college prospects for years. In a 2018 piece, for example, Inside Higher Ed’s Scott Jaschik detailed a lawsuit over a boutique admissions consultant’s $1.5 million bill for supposedly helping one young woman get into an Ivy League school.

Beckie Supiano of The Chronicle of Higher Education explained how longstanding socioeconomic and psychological trends have fueled those anxieties.

The biggest irony about the “Varsity Blues” scandal, several journalists and pundits have pointed out, is that the parents could arguably have legally bought their children seats at elite schools by simply donating generously to the colleges. Most private colleges (and many public universities) give their fundraising arms a say in a few admissions decisions each year.

“The fraud only worked because the whole system is corrupt,” noted Libby Nelson for Vox.

In 2007, Daniel Golden – now ProPublica’s education editor – literally wrote the book on how affluent families legally game the system. In a new op-ed, Golden noted ruefully that instead of viewing his reporting as a cautionary tale, some parents instead embraced it as a how-to guide:

“[S]uch allegedly criminal tactics represent the logical, if extreme, outgrowth of practices that have long been prevalent under the surface of college admissions, and that undermine the American credos of upward mobility and equal opportunity. Although top college administrators and admissions officials were apparently unaware of the deception, their institutions do bear some responsibility for developing and perpetuating the system that made it possible.”

Writing for The Atlantic this week, Alia Wong noted that the scandal reveals the blurred lines between what’s considered an acceptable demonstration of financial commitment to getting your kid into a choice school and what’s considered improper:

“In extreme cases, wealthy parents make hefty donations to schools, or, for example, pay for new campus buildings. The 33 parents now being charged allegedly opted instead for organized conspiracy. The alleged bribes were certainly cheaper than a building, and much simpler than paying for years of sports training. But the children of wealthy parents unwilling to risk jail time still get thumbs put on the scale for them in elite admissions offices every day.”

Journalists have also started to document the ripple effects of the scandal.

While many of the schools named in the case say they were not aware of the actions of their coaches and employees, several took swift actions against the accused. Stanford University’s sailing coach was fired after pleading guilty to taking bribes from parents to help their landlubberly children be admitted. USC fired two athletics department officials. And one of the people who took tests for Singer’s clients was fired from his tutoring job at a prep school.

The impact on students has also started to receive attention. Some schools, such as USC, have announced that applicants in the current admissions cycle will be denied entrance if they have ties to Singer’s firm.

Students with disabilities who need supports are now worried about blowback, according to reporting in The Chronicle of Higher Education and Inside Higher Ed.

And there’s growing attention to the impact on students who can’t afford bribes or testing cheats. The ease with which rich parents could buy their children seats at top colleges can’t help but discourage some ambitious low-income students, some writers have found. Consider the students at college prep charter school in Kansas City, featured by The New York Times, which was “seen as something of an equalizer,” bringing a brand-new campus to an economically depressed neighborhood, along with intensive support services for students. Khiana Jackson, a 17-year-old African-American senior at the charter school, has been accepted to the University of Chicago but is still waiting to hear from her top choices, according to The Times.

“It’s frustrating that people are able to obtain their opportunities this way,” Jackson told the New York Times. “We can put in work from fifth grade to 12th grade, every single day, come in early, leave late, and it’s still not enough.”

Some journalists are spinning the scandal forward to see if it will spark fundamental reforms to the college admissions system.

Adam Harris of The Atlantic noted that selectivity helps fuels the insanity that led to the scandal. Admitting more students with a wider range of academic histories might impact the prestige of an institution, he noted. But, he added, changing the mindset of parents is one way to reduce the anxiety and pressure that led to the scandal. “It could alter the way parents think about college: not as social capital to be bought, but as an opportunity for learning and growth.”