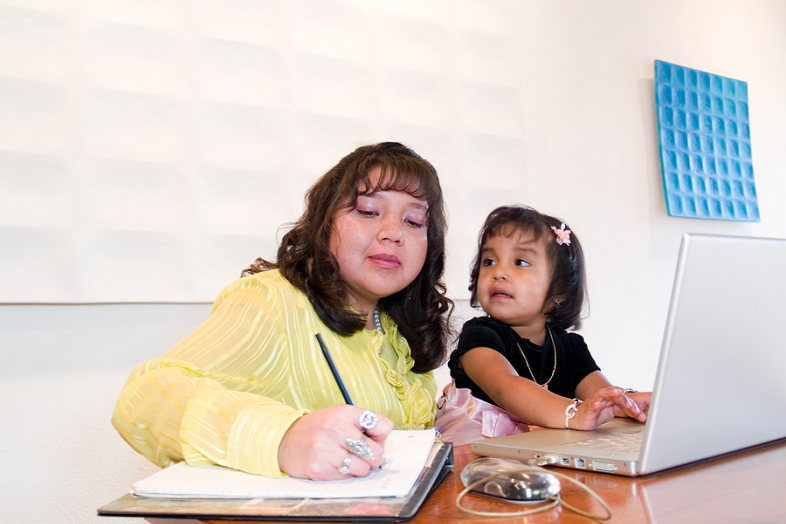 How to Cover Indigenous Students Authentically and Accurately

Back to News Explainers

So said the late Cherokee Chief Wilma Mankiller in 1993. When it comes to the education of this country’s nearly 500,000 Indigenous K-12 students, there is a growing realization that the future is tied to the past. And it’s missing from what most Native students learn in school. That gap in curricula helps explain why student accountability data puts Native students in last place in standardized test scores, high school graduation rates and percent who go to college.

If none of this is a surprise, it’s because this picture of Native American students is familiar. But in this case, the data doesn’t tell the right story.

“An education reporter has to remember this is also a portrayal of resilience,” Bull said. “You’re looking at a bunch of tough cookies who take pride and ownership on who they are and are simply trying to rebuild.”

Including Bull, Native reporters and educators gave background and advice to help education reporters around the country do deeper, more authentic reporting on Indian Country.

Why Reporters Should Address the “Invisibility” of Native People

Recent years have seen massive efforts to address the flawed but dominant narrative about Native Americans.

Reclaiming Native Truth, a national project to dispel myths and misconceptions about Indigenous people, started researching the extent of the problem in 2016.

The organization’s researchers wrote, “We have learned how biases keep contemporary Native Americans invisible and/or affixed to the past and are holding back Native Americans from achieving political, economic and social equality.”

It concluded that invisibility may be Indian Country’s biggest problem.

“When my kids were growing up [in Ohio], the only time Indians came up was spirit week for the Cleveland Indians baseball team,” Bull said.

They heard about Chief Wahoo, the team’s mascot from 1951 to 2018, but nothing about the tribes that used to inhabit the state, such as the Seneca and Ottawa, Bull added.

Debra Utacia Krol, (Xolon Salinan Tribe), reports on Indigenous issues for The Arizona Republic in Phoenix. The 66-year-old has worked as a journalist for more than 20 years.

She recommended reporters make an effort to get to know the tribes in their communities, such as their land, history and cultures.

“I always tell reporters, ‘Don’t call it culture. Call it cultures with an ‘s’ because our cultures vary greatly’,” Krol said. “You really need to put your assumptions aside.”

Make sure you know whose tribal land you’re living on and be willing to acknowledge that, she added. (Note: Here’s a great start, Native-Land.ca)

Bull and his family now live in Oregon, where tribes are leading an effort to put Native history and their cultures in the K-12 curriculum.

As awareness grows, proponents of reform say they run into opposition from critics of critical race theory, a graduate-level, academic research framework.

Bull and others say what critics label CRT is really an attempt to teach about history and conflict in a way that explains present-day discrimination.

“People who benefit politically from trying to create and maintain this division,” he said. “That’s telling in itself.”

While many education reporters dig into the political and academic implications of the arguments over CRT, some Native educators aren’t buying any of it.

“Native Americans cannot be classified as a race,” said Ramona Kitto Stately (Santee Sioux), a long-time teacher in Minnesota. Kitto Stately is now project director of We Are Still Here Minnesota, a nonprofit with a mission to challenge the prevailing narratives that hurt Native people.

“Sovereignty is the first thing educators and education reporters need to understand,” she said.

There are 574 federally recognized Native tribes in 34 states, or as Kitto Stately might put it, there are 34 states that occupy what used to be tribal lands. Each of them has a particular culture and history, but acknowledging and respecting their sovereignty would be a good start, Kitto Stately said.

The changes she implemented – from placing flags of tribal nations next to Minnesota’s flag in district schools to offering culture-based instruction – resulted in improved achievement and graduation rates for Native students, especially compared to other districts in Minnesota, she said.

Indigenous Education Movement: What to Know

Tribes in many states are leading efforts to implement Indigenous education for all.

“What happened is that culture, language and way of life was forcefully placed on us,” said Donnie Wetzel (Blackfeet), tribal liaison and director of tribal relations and resiliency for the Montana Office of Public Instruction.

Montana was the first state to mandate Indigenous education for public school students. Among other things, the state constitution requires “… every Montanan, whether Indian or non-Indian, be encouraged to learn about the distinct and unique heritage of American Indians in a culturally responsive manner.”

Wetzel encourages Native students to “love who and what they are as Indigenous people” by bringing in elders and stories, and strengthening interaction between the state education department and Montana’s 12 tribal nations.

In Oregon, Bull has reported on the “new imperative” to improve high school graduation rates for Native students, including the progress of legislation that would implement K-12 curriculum about Oregon’s tribes for all students.  And Oregon has joined the nationwide movement to make college more affordable for them.

“Any education story that’s worth its weight needs to also look at what’s being done to address challenges, as well as just the challenges themselves,” Bull said.

Laurie Stern is a freelancer, and Dalton Walker is the managing editor for ICT.
Share
Authors
By Laurie Stern and Dalton Walker
for EWA
Related Skills
Investigating the Pandemic’s Effects on America’s Youngest Learners
How an EWA Reporting Fellowship helped me (Alia Wong) better understand whether and how COVID’s unpredictability, stress and isolation undermined kids’ development
The Student Mental Health Crisis: Resources for Reporters
Featuring recent interviews with education journalists and experts who discussed the nation’s student mental health crisis at EWA’s 2022 National Seminar, this report helps reporters better cover
A Tale of Two Math Terms: An Infographic Story About When to Use Percent Change vs. Percentage-Point Change
Meanville, USA, was an average American town. Until one day, a local journalist had to figure the best way to explain how town administrators planned to spend a sudden windfall ...
Percent Change Versus Percentage-Point Change: What’s the Difference? 4 Tips for Avoiding Math Errors
Many people get 'percent change' and 'percentage-point change' confused. Use this tip sheet, featuring insights from data journalism pioneer Jennifer LaFleur, to get it right.
5 Questions for Cassandra Mensah: How Schools Can Better Support Pregnant and Parenting Teens
Cassandra Mensah of National Women’s Law Center discusses how schools can support pregnant and parenting teens in this post Roe v. Wade world.
Load More