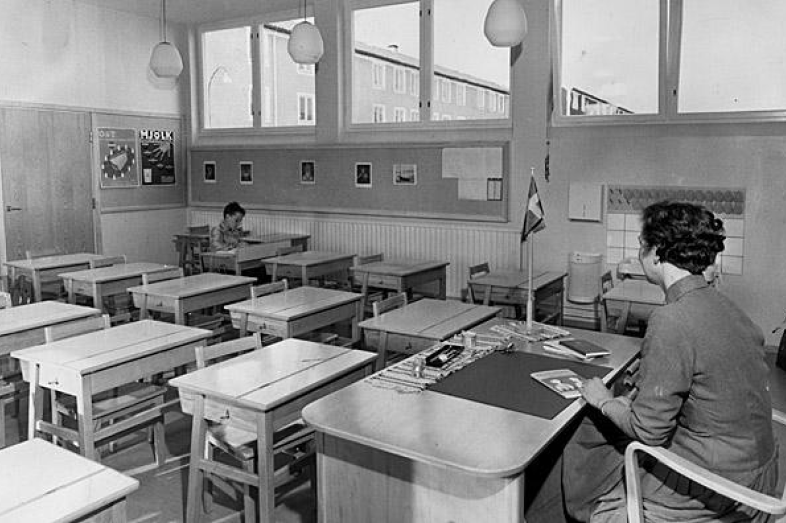 A baby bust is forcing newsworthy changes to college admissions.

America’s declining birth rate has sweeping implications for the U.S. economy and society – especially its education system. Already, a decline in the number of 18-year-olds is forcing many colleges to take actions that journalists should cover, such as: changing recruiting practices, cutting costs, and, in some cases, going out of business, according to a panel of college officials, researchers and journalists speaking at a recent Education Writers Association seminar.

The data and impact of population trends can spark at least six important higher education story ideas for journalists who cover higher education, panel members suggested. Elite schools, as well as campuses in the Southern and Western states with growing populations, will likely enjoy some protections from the harshest impacts of the nation’s changing demographics. But “in most of the country, this is going to be a crisis in education,” warned Scott Jaschik, the editor of Inside Higher Ed, who moderated the panel in Las Vegas last fall.

Here is a summary of story ideas suggested by panelists:

Localize the data: In his 2017 book “Demographics and the Demand for Higher Education,” Nathan Grawe, an economist at Carleton College, documented the decline in birth rates, and showed how that translates into a decline in college applicants and students. Colleges in New England are already seeing fewer applicants because of decades of population decline in that region. Fertility rates nationwide plunged by 10 percentage points after the 2008 recession and haven’t yet recovered, which means the long-term outlook for colleges around the country (especially after 2026) is bleak. Immigration is unlikely to offset these population declines, Grawe suggests.

“The basic observation in my book is that 18 years forward from 2008, something is going to happen in the potential demand for higher education,” said Grawe. (For more details on Grawe’s work, see press coverage in Inside Higher Ed and The Hechinger Report.)

Grawe has made his data available to the public, allowing journalists to pull out state or metro area statistics and see the model’s predictions for demand at two- and four-year colleges that recruit locally.

Examine application requirements and numbers: Recruiting students, especially to pricey private colleges, is getting harder. Not only is the number of traditional freshmen – 18-year-olds – dropping, but the makeup of that population is changing in ways that is forcing many colleges to change longstanding admissions practices.

His primary goal is to enroll enough students to make his budget; that is, to bring in enough tuition dollars for DePaul. He said he constantly counts the number of people he has to admit and factors in the “yield rate” — how many will accept and enroll.

One way DePaul has responded to the smaller pool of high school seniors: It stopped requiring applicants to submit SAT or ACT test scores. DePaul went “test-optional” in 2011. DePaul primarily uses high school grades instead of test scores to sort candidates. Boeckenstedt explained that test scores only give him 2 percent more information about an applicant that he doesn’t get from from GPA alone. The number of applications to DePaul has doubled to about 22,000 since the change, and the student population has gotten more diverse. (Boeckenstedet posts many useful college admissions related data visuals on his blog.

Although there is controversy over whether test-optional policies are in fact responsible for increased student diversity on college campuses, a growing number of private colleges have followed suit. The University of Chicago and Colby College both announced they were going test-optional in 2018, for example.

Track the recruiting of “slugs”: While many colleges give lip service to recruiting minorities or low-income and first generation students, every college has to make its budget. And in many cases, that means recruiting wealthy, underqualified students who can pay full price. As a Catholic university, it is DePaul’s “mission to serve low income first generation students,” said Boeckenstedt. But when the someone in the administration says, “‘We need more full pay students,’ you take a hit on diversity, in all probability,” said Boeckenstedt.

Generally, the students willing and able to pay the highest prices are those who are underqualified for the school, and from wealthy families, he said. That’s because better qualified students can get more aid or offers at more selective or generous colleges.

Ozan Jaquette, an assistant professor of education at UCLA, is building a database that shows which kinds of students colleges are recruiting. He tracked down the high school recruiting visit lists of dozens of colleges and found this “surprise”:  “For the most part, they’re going after affluent public schools and a disproportionate amount of private schools,” said Jaquette. “Even public universities.”

Jaquette jokingly referred to students with lackluster transcripts, weak extracurriculars but the ability to pay college tuition as “slugs.”

“Enrollment managers are always asking, how can we get more slugs?,” said Jaquette.

Jaquette has made his college recruiting database public. Journalists are free to use his data. And if a particular college is not included, Jaquette encouraged reporters to use his research methods to, for example, collect recruiting schedules from college and high school admissions websites and recruiters’ posts on Twitter.

Watch the winners: Increased demand at elite institutions is already prompting schools such as  Princeton, Stanford and Yale to expand their class sizes. This will not only impact those elite institutions but also have trickle-down effects on second-tier institutions, noted Jaschik.

Investigate retention data and programs: Now that recruiting freshman is getting more difficult , it makes more financial sense for schools to work harder to retain the students they already have as long as possible. Journalists can look up the dropout rate of freshmen from each college in the Integrated Postsecondary Education Data System, or IPEDS.

Monitor budget implications: Drops in the number of tuition-paying students are already sparking controversial budget cuts at colleges in the Northeast and Midwest, such as the University of Montana and University of Wisconsin-Stevens Point. The panelists predicted many other colleges would have little choice but to follow suit soon.

Monitor for closures, mergers or consolidations:  Some colleges won’t be able to survive with fewer students. Already in 2019, Green Mountain College in Vermont has announced plans to close, and Hampshire College in Massachusetts has revealed it is looking for a merger partner.