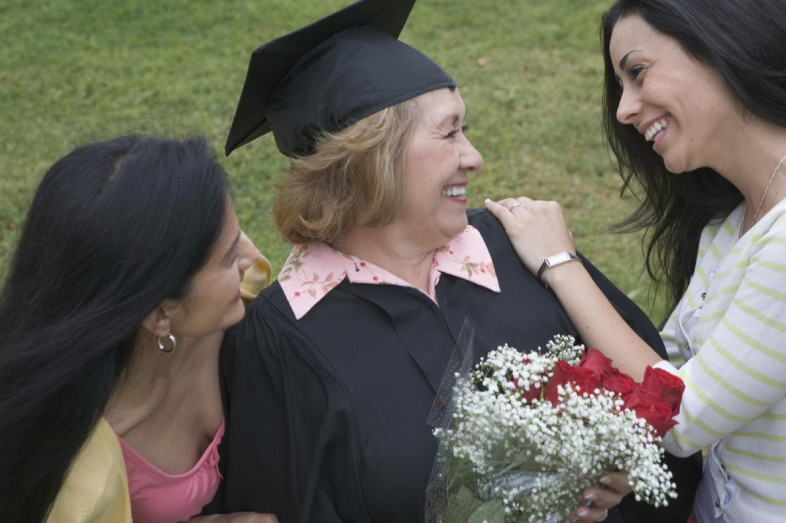 Covering the New Reality of Adult Learners at College

In the last year, newspapers published more than 100 stories focused on admissions to Harvard University, an institution with fewer than 7,000 undergraduates.

Meanwhile, a Nexis search over the same time period turns up fewer than 50 articles using the phrase “adult undergraduates.” The U.S. has 7.6 million undergraduates aged at least 22 – more than 1,000 times Harvard’s enrollment. These older students account for fully 44 percent of the population on the nation’s college campuses.

The experiences and impact of so-called “non-traditional” students are among the most under-covered stories on today’s college campuses, said students, journalists, and college officials who led a discussion on “How to Cover the New Reality on Campus: Adult Learners” at an Education Writers Association seminar in Atlanta this month.

But  journalists – and college officials – appear to be finally waking up to this new reality, said Paul Fain, the news editor of Inside Higher Ed.

“This is a rare, non-cynical moment,” he said. “When I’d tell people only one in four (undergraduates) goes to a residential college, people were like, ‘What?!’” he said. “I think we are going through a real moment for the adult student.”

One important aspect of covering how higher education serves adult students is sensitivity to the reality of their lives, said Anastaciah Ondieki, who juggled raising four sons while finishing up her studies at Kennesaw State University this year.

Her family responsibilities meant she couldn’t participate in extracurricular clubs or social events, for example. And even small-seeming details, like the last college class of the day running a little late, caused crises. Ondieki recalled being so worried about getting fined for picking up her children late from daycare one school day that she ended up getting a speeding ticket.

“Time was the biggest challenge for me,” said Ondieki, who landed a reporting internship with The Atlanta Journal-Constitution after her June graduation.

One Class at a Time

Michael Moore, the vice president for academic affairs for the University of Arkansas system, noted that his state had ranked 49th in the nation for adults with postsecondary education. That dismal showing sparked the university system to design a new, 100-percent online university “from the ground up,” he said.

Programs offered through Arkansas’ eVersity are radically different from those traditionally offered to students, according to Moore. “Students take one class at a time. Period,” for example, he said.

To reduce hassles, the Arkansas university charges adults one standard rate for credit hours. And textbooks are included in that rate.

The Arkansas adult programs, Moore said, don’t offer much in the way of extracurriculars. Moore, who said he is a product of a traditional education environment, sees great benefit in going to college, joining fraternities and clubs, and the other benefits traditional college can afford students.

“Those are wonderful maturing events,” he said. But those aren’t experiences that a mom needs for growth. “Life has already matured you,” he said. “You don’t need those kinds of activities.”

And the University of Arkansas is rethinking what “success” means for adult learners, according to Moore. Without graduate school on the horizon, many adult students whose end goal is an associate’s or bachelor’s degree hope only to pass their courses. If they realize a particular assignment won’t greatly impact their final grade, they may prioritize other things.

“They’re going to go to Cub Scouts or soccer practice, because it’s important to their kids,” Moore said. And that can annoy the faculty.

Concerns about the local economy and workforce are also sparking changes to the offerings at Lehman College, the only four-year institution in the Bronx. There are about 462,000 adults with some college but no degree in the Bronx, noted Lehman president José Luis Cruz. As a result, Cruz said, the school – founded 50 years ago as a liberal arts college – is  working on developing more certificate programs, such as in English language achievement.

No Time for Do-Overs

The school officials predicted the adult learner population will have many more effects on colleges around the country in the future. One area likely to see experimentation and reform: the way transfer credits are handled.

At Kennesaw State, Ondieki had little difficulty transferring her credits from Kenya, thanks to a very attentive adviser. That was key because she was working so hard and sacrificing so much that she couldn’t afford any kind of setback. “I knew that I had no time to do a do-over again,” she said.

“I don’t have daughters, but I’ll have granddaughters, and I want them to attain higher,” Ondiecki said.