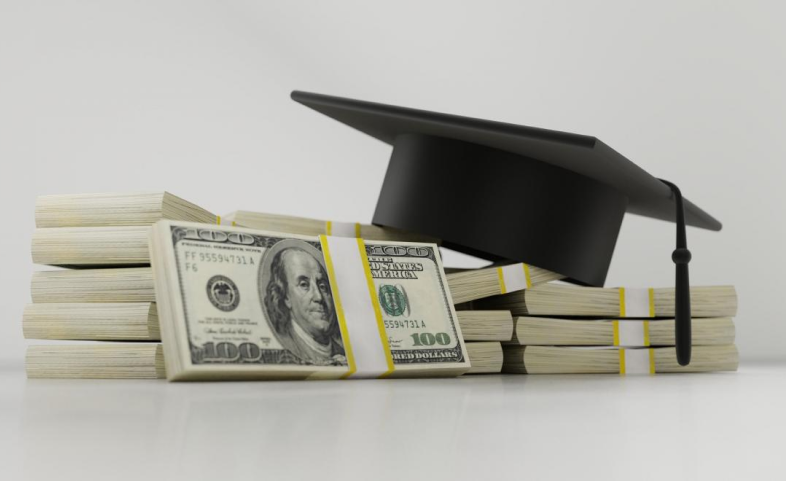 Dollars and Sense: How to Cover School Finance

Author: Marquita Brown
Back to Skills

It’s time for education reporters to take back coverage of school funding.

Too often, news outlets rely on journalists covering state government to also report on money for schools, said Daarel Burnette II, a reporter for Education Week. But journalists on the education beat bring valuable context and perspective on how schools work and the impact of funding.

“This is within our wheelhouse as education reporters, so don’t forget that,” Burnette advised journalists in November during an Education Writers Association seminar on educational equity.

Burnette and Pittsburgh-based education reporter Mary Niederberger, an EWA Reporting Fellow, outlined the basics of school funding, why it matters, and how it is a factor in the perpetuation of inequity during the EWA event.

“It’s complicated, but it’s not impossible,” Burnette said of writing about school finance.

The Politics of Funding

Money isn’t everything, but it matters.

In 2018, Education Week produced a special report on school finance that graded each state on overall spending for schools and funding equity (e.g. how fairly money is distributed). The top-ranked states were Wyoming, New York, New Jersey, Connecticut and Rhode Island. The lowest-ranked states were North Carolina, Arizona, Utah, Nevada, and Idaho.

The grades are based on 2015 data and use multiple indicators to gauge both overall spending and equity. Each state gets a combined grade, plus separate ones for both categories. (For more details on the grading, read this explainer.)

The report also included an in-depth analysis of the issues, including an article by Burnette that sought to unpack the ways funding can exacerbate inequities, and efforts to reverse that.

School finance experts say states should “distribute their money much differently between schools and districts than they do today, with a more complex approach to fiscal equity than simple funding levels” and spend based on need, Burnette wrote. “In other words, schools with heavier concentrations of poverty, and therefore greater academic needs, should get more money than schools where the majority of students’ parents are wealthy.”

While political wrangling over funding allocations for schools is a longstanding issue in education, turnover in political leadership in states and localities as a result of the 2018 elections could affect how budget struggles pan out for public schools. A surge of teacher activism might also affect budgets, putting more pressure on officials to raise overall spending, including by increasing educator salaries and paying for smaller class sizes.

Even political debates over healthcare have implications for schools. Federal Medicaid dollars often go toward special education services such as counseling and speech pathologists, Burnette said.

Political factions will likely continue to butt heads over school funding formulas or ways to use those formulas to influence district-level spending, Burnette noted during the panel. (Just last week, he wrote a blog post that highlighted states where efforts to revamp funding formulas are expected this year, including Idaho, Kansas, Texas, Maryland, to name a few.)

Journalists need to understand the politics as well as the basics of school funding.

Taxpayers contributed nearly $680 billion for K-12 public schools in the 2015-16 academic year, according to new federal data from the National Center for Education Statistics. (That’s the most recent year available.) State and local governments provide the bulk of that aid, with 8.3 percent coming from the federal government.

Most of that money, about 80 percent, goes toward salaries and employee benefits, according to NCES.

Journalists should also get familiar with the language of their state constitutions regarding the right to a free public education, Burnette said, as well as state funding formulas for schools. These formulas dictate the allocations of funds to public school systems.

Burnette highlighted a few issues to consider as reporters examine school finance in their respective states:

Niederberger examined the effects of funding inequities across school systems in Pennsylvania in an investigative series for PublicSource, a nonprofit online news outlet based in Pittsburgh. (Her series, “Failing the Future,” was supported by an EWA Reporting Fellowship.) A key issue in Pennsylvania, she said, is the especially heavy reliance on local funding for public schools.

“Districts with strong local tax bases can make up for the lack of state funds and are able to offer students state-of-the-art technology, rich art and music programs, an array of Advanced Placement courses and a large selection of extracurricular and sports opportunities,” she writes in one story. “But districts that lack the ability to raise significant local revenue through taxes are operating with bare-bones curriculum, limited technology, extracurricular and sports options and deteriorating facilities.”

For one story, she honed in on financial disparities between two adjacent school systems, Sto-Rox and Montour, driven by the gap in local property tax revenue. Sto-Rox has five public housing projects, which don’t bring in property tax, and “is nearly void” of industry or significant real estate development. Montour is home to a large shopping mall that brings in a lot of property tax dollars.

Sto-Rox has inconsistent wi-fi, water-spotted ceiling tiles from roof leaks, and no librarian, among other things, Niederberger explains in the story. Students make do with books printed from the Internet. She detailed how students athletes “maneuver around humps and hollows that could turn ankles and break bones.”

Contrast that with Montour Senior High, a “sprawling” building that holds “a coffee shop, art gallery and empathy room, a quiet place with couches where students can talk and post messages encouraging acts of kindness on the wall,” Niederberger wrote.

Such stark disparities in funding and resources affect more than whether a student at one school enjoys a latte while one at another school makes do with a Xeroxed novel.

Emerging research indicates the effects of policies and actions that create or exacerbate concentrated poverty in schools, Burnette said. “The more you compound poverty, the more expensive it becomes,” he said.

Niederberger advised reporters to get a better grasp on local funding, which can provide context and insight to funding disparities. Pay attention to district budgets, looking for details such as whether a school system has a fund balance or deficit, she said.

It’s also valuable to understand millage rates, which are used to calculate property taxes, she said. One mill of taxes equals $1 for each $1,000 of assessed real estate value. Niederberger examined the data for the Sto-Rox and Montour school districts, and the contrast was stark in their ability to raise local revenue. A mill of taxes in Sto-Rox yields about $307,000, she noted in her story, while a mill of taxes in Montour reaps $2.7 million.

Property-poor districts in Pennsylvania often have to raise taxes to generate more money, Niederberger said. But that comes with a cost. Typically when poorer districts raise taxes, the delinquency rates increase as well, she said.

Journalists should ask tough questions of officials after policies or actions such as rezoning that cluster children from low-income families in certain schools, Burnette advised. For example, how much more will it cost to provide the additional resources those schools will need to offset the effects of poverty?

Don’t just report on the numbers. Paint a fuller picture of how funding, and any related disparities, play out in schools and classrooms — things Niederberger did in her series on school funding.

“The students are really aware that they do not have what other students have,” she said.