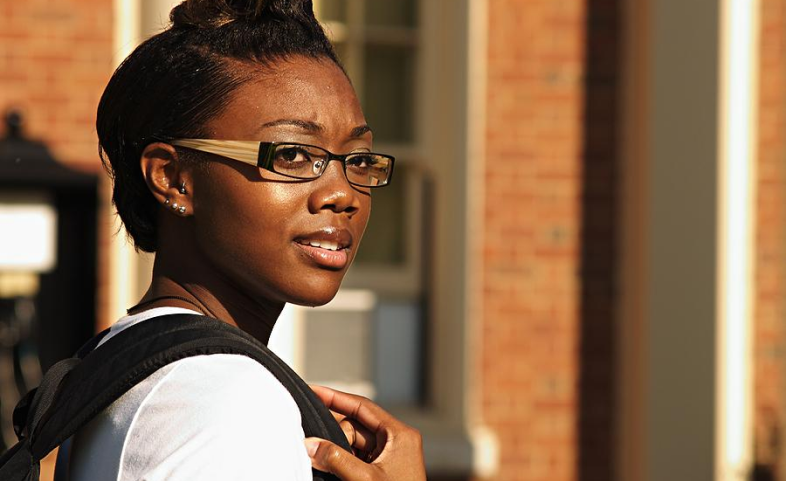 How is the Housing Crisis Affecting College Students and Faculty? 5 Things to Consider.

Resources to help reporters cover housing and education issues during the pandemic.

The pandemic’s impact on housing – driving rental prices up dramatically, and threatening millions of Americans with eviction – have had a surprising and under-covered impact on higher education.

Nearly half of the nation’s approximately 20 million college students were affected by housing insecurity, and 14% were affected by homelessness, according to a 2020 survey on the impact of the pandemic on basic needs security from the Hope Center for College, Community and Justice. And many colleges are finding that unaffordable housing is making it difficult to recruit professors or staff.

“Housing affordability, broadly speaking, is an issue everywhere,” said Kevin McClure, a higher education professor at University of North Carolina, Wilmington. “It’s driving up prices for people in lower wage jobs,“ many of whom are students. And, he added, “Many of my higher ed staff and faculty friends are noting how housing prices are making it hard to recruit because salaries haven’t kept pace. ”

In response, the Biden administration has distributed about $76 billion in relief funds to colleges. Thirty-four billion is targeted for student emergency aid – assistance for students with basic living costs, such as food, housing and transportation. And nine of 10 higher education institutions surveyed by the Hope Center reported they were looking for additional ways to address students’ food and housing needs during the pandemic.

Housing struggles, and colleges’ efforts to provide more housing security, are a rich vein for fresh stories. Here are five questions (with resources for answers) to kickstart your next housing story.

What is the overall housing situation in your community?

Nationwide, rents rose 9% from fall 2019 to fall 2021. But there is great regional and local variation.

In some towns with big colleges, such as Riverside, California; Gainesville, Florida; and Tucson, rents have risen by more than 20% in that period. Meanwhile, rents have actually fallen in New York City and the San Francisco Bay Area, though the cost of living there remains challenging for many.

Last year, campus housing officials experienced a bumpy ride because hundreds of thousands of students either dropped out or moved back home with their parents during remote learning. And schools that kept their dorms open had to reduce occupant density to limit coronavirus transmission.

This fall, the picture is a little different as most colleges plan to resume in-person instruction. Sara Weissman’s reporting on the “shortages and surpluses” of campus housing for Inside Higher Education shows a complicated landscape that depends on selectivity, geography and institutional type.

After a wild admissions season, some colleges have become so overenrolled they are offering incentives to encourage students to live in hastily purchased dorms far from campus. Meanwhile, other schools face enrollment declines and have had to offer discounts on dorms they are struggling to fill.

How hard is it for students or staff to find affordable off-campus housing?

The stereotype of a college student’s living situation is a shared dorm room and possibly bunk beds. But the reality is that only 13% of college students live on campus, according to a 2018 study.

That means the vast majority of students live off campus, residing with family or renting their own apartments. The rapid increase in housing costs has impacted students in places ranging from Boston to Santa Cruz, California, where COVID market effects have been exacerbated by the displacement of other residents due to a wildfire in 2020.

As a result, more than 30% of college students said securing housing was harder this year than last, according to a July 2021 survey from Realtor.com. Students reported waiting to secure housing because of uncertainty around whether or not classes would be offered in person (last fall, students in some places got burned after signing rental contracts before their colleges announced remote instruction).

And it’s not just students that are impacted. Staff and faculty too are feeling the housing crunch, which can make it difficult for universities to recruit and retain them.

To get a sense of the student perspective, check out Reddit and look for housing threads on “subreddits” for your local university.

How will your community be affected by the lifting of the eviction moratorium?

The Supreme Court’s decision in August to strike down the federal eviction moratorium, accompanied by the slow distribution of federal rent relief, could impact as many as 6.3 million U.S. households, which includes students.

An eviction itself is traumatizing, Soliván said. But “it’s not just the eviction itself.” Add in the difficulty in finding new housing, or, even worse, the threat of homelessness and there’s little doubt housing crises can derail lives.

A good place to start researching the eviction situation in your community is Princeton Eviction Lab, Soliván said.

For Teen Vogue, Mary Retta reported experts are worried the rise in evictions will have the biggest impact on students who are already vulnerable. If students lose housing, they are at increased risk of dropping out.

Surgo Ventures, a research organization focused on health issues, has used U.S. Census data to provide a county-level estimate of how many tenants are behind on their rent. It’s also worth looking into local and state eviction moratoriums that might still be in place despite the federal ban being lifted.

Solutions: How are colleges using their federal emergency relief funds to address homelessness and housing insecurity?

Before the pandemic, the two new residence halls at Everett Community College in Washington state were bustling, nearly at capacity with international students and student athletes. Then, when the pandemic hit and instruction went remote, occupancy dropped to 30%. College officials eventually moved all of the residents to one building, shuttering the other.

That prompted the community college to rethink the role of its on-campus housing. This fall, Everett is dedicating around $3 million in federal emergency relief funding to cover rent for up to 240 students who had some kind of income loss during the pandemic. As of Sept. 23, occupancy was back up to almost 88%, and while 31% of students at the college are students of color, 66% of dorm residents are students of color.

Mike Bowers, director of student housing and conduct, said the program is a win-win.

“We came up with this design in order to provide housing to students that otherwise might not have had it,” he said. “But it also helps cover our costs for maintaining the buildings.”

Carrie Welton, former director of policy and advocacy at the Hope Center, said colleges have a lot of flexibility in how they use the portion of Higher Education Emergency Relief Fund (HEERF) relief funds.

Welton said many institutions have been looking at how to leverage the influx of federal funding to solve long-term problems, such as food and housing insecurity rather than looking at pandemic-specific issues. “They are thinking more long-term about those dollars and how they can ameliorate some of the challenges that students face,” she said.

“For many institutions, their housing programs are centered around housing as a profit center,” she said. “So there are also some disincentives or contradicting priorities in terms of how institutions think about providing low-cost housing for students.”

Here’s a helpful timeline tracking the evolution of federal higher education policy during the pandemic, including information on federal funding.

But Bowers noted there is also some uncertainty about exactly how colleges can spend the money and what kind of relief is permitted.

“Once word started to get out about what we were doing, folks at other colleges in the area started to reach out to talk about the logistics behind how it worked, especially with the ever-changing guidelines on how HEERF funds can be used, and who’s eligible,” he said.

That uncertainty makes it especially important for journalists to explore how colleges are allocating the relief funds and trying to resolve student and faculty housing crises.