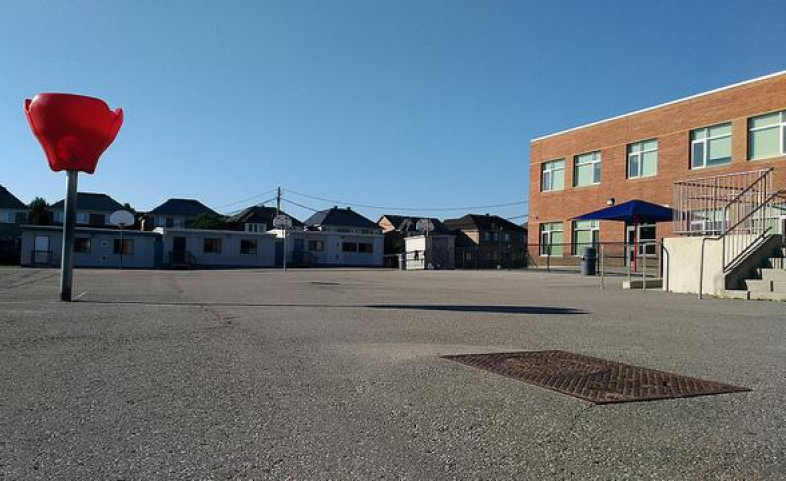 The State of Educational Equity (and Inequity) in Schooling

More than six decades since the U.S. Supreme Court’s landmark decision in Brown v. Board of Education that separate was far from equal in 1954, many U.S. children attend schools that are still separate and unequal.

Earlier this year, the U.S. Commission on Civil Rights released a report noting just that. The 2018 report, which focused on funding disparities in public education, stated that segregation in schools by race and income level is widespread, and that “the education available to millions of Americans” is “profoundly unequal.”

At the Education Writers Association’s National Seminar earlier this year, experts discussed the state of educational equity, and inequity, in public education.

Catherine Lhamon, the chair of the U.S. Commission on Civil Rights, which published the report, “Public Education Funding Inequity in an Era of Increasing Concentration of Poverty and Resegregation,” emphasized that despite federal actions in the decades since the Civil Rights Movement began, little progress has been made in desegregating schools and communities.

One key finding in the report, according to Lhamon, is that many low-income families do not have access to high-quality schools simply because of where they live.

Many of these low-income students are “relegated to low-quality school facilities that lack equitable access to teachers, instructional materials, technology and technology support, critical facilities, and physical maintenance,” according to the report.

Pedro Noguera, an education professor at the University of California, Los Angeles, said during the EWA panel that inequities continue to drive the national conversation about education.

“We live in a very unequal society and that inequity is driving educational opportunity,” Noguera said. “We tend to only look at education in a vacuum; we don’t look at the ways inequity outside of schools affect schools.”

During the panel discussion, Nogurea, Lhamon and other speakers discussed the achievement gaps in schools between students from more affluent communities and those living in poverty, the results of these widespread inequities and possible solutions.

Panelist, Howard Fuller, an education professor at Marquette University who directs the Institute for the Transformation of Learning, said the national conversation about equity often begins with the lack of a common understanding of what equity even means.

“We need to distinguish between equity and equality because they are not the same things,” he said. “When I’m using the term equity, I’m using it with the understanding that people who are oppressed need more than those who are not,” said Fuller, who is a former superintendent of Milwaukee Public Schools and a longtime champion of school choice.

“If we are going to support equity, we need to agree to give those who have less, more,” he added.

The panelists explained that inequities can look different in different places, and often aren’t as blatant a one might expect.

The U.S. Commission on Civil Rights’ report found that vast funding inequities factor significantly into a student’s educational experience and achievement, but the speakers also emphasized that inequities and challenges that affect student achievement can be seen outside of test scores or the classroom.

Noguera urged reporters and the public at large to look at school safety incidents and the racial composition of students in inner-city schools versus suburban schools.

The speakers identified other equity issues to consider, such as the racial composition and experience levels of the teacher workforce in a school, the amount of advanced or honors courses offered in a high school, and who is taking remedial classes. In addition, another issue is which families are taking advantage of educational options such as open enrollment, private schools, or moving to a different school attendance zone.

“Middle class, affluent people always have choice – even if it’s to move or put their children in private schools,” Noguera said.

Fuller chimed in, urging reporters to beware of stories about “false choices.”

Noguera also encouraged reporters to think about how stories highlighting the challenges students from poverty face, who succeeds and who doesn’t, and what leads some people to be more resilient and find success in these situations.

Slightly disheartening was Fuller’s observation that these conversations are not new and have not changed much in fifty years.

“Racism has a permanence in our society that many of us … are not prepared to realize,” Fuller said, noting that some people simply do not seem to care about the plight of others.

However, educators and advocates who are attempting to address inequities in schools are starting to look at the factors that perpetuate opportunity and achievement gaps and realize the multitude of factors, such as housing policies, lack of diverse teachers, etc. have to be tackled in tandem.

Despite a sobering reality across American communities, the speakers agreed that these were stories that journalists need to keep telling, despite who might be listening.

“I listen to people talk about the traditional school system,” said Fuller. “I don’t think it’s in our interest for any system to not be working for our children.”

‘You Have to Fight’

He added, “You have to fight, even when victory is impossible, because not to fight is to cosign on injustice.”

Noguera, at the urging of moderator Steve Drummond, the senior education editor at NPR, noted that journalists must find other angles and ways to get the community at large to care about issues that might not affect their own schools.

How do inequities that affect schools affect property taxes, or social services or economic costs, he said.

“I think if we’re not careful, stories about poverty and inequity can sound a lot like stories that people feel like they ought to listen to and not what they want to listen to,” Drummond said.

Most of all, Drummond added, journalists should tell “stories that show the commonalities and similarities between people who struggle to get their children a good education.”

Those will resonate widely, he said.