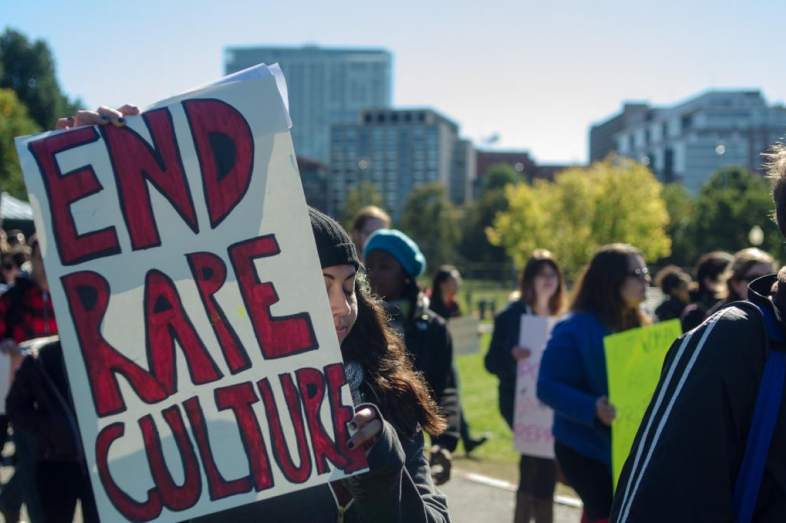 A commonly cited statistic used in news stories about campus sexual assault is likely wrong — but not for the reason you think.

The “one in five” statistic — that is, one in five women have been sexually assaulted while attending school — has been long debated for its methodology and accuracy. In fact, The Washington Post found that the statistic was likely an underrepresentation of campus assaults, according to data cited by a panel of experts at an Education Writers Association conference on higher education held this month in Atlanta.

The veteran journalists said there were several other surprising lessons to be learned from the recent history of the controversial — and sometimes inaccurate — coverage of sexual assault allegations on college campuses. They described how interpretations of laws have changed with political tides, the role politics have to play in protecting victims rights, and how reporters need to be extra careful about fact-checking everything from allegations of assault to colleges’ boasts about unusually low crime rates.

“If you get it wrong, the blowback is fierce, and decidedly so,” warned Derek Kravitz, a research editor from ProPublica, who participated in an independent investigation by the Columbia University School of Journalism into the reporting behind the now-retracted Rolling Stone article about an alleged  gang rape at the University of Virginia.

The blowback from inaccurate reporting on this issue can not only damage a reporter’s career, but cost a publication a great deal of money. An associate dean from the University of Virginia sued Rolling Stone for defamation and won $3 million. The fraternity named in the piece as the site of the assault also won $1.65 million in a settlement with the magazine.

One key to getting these difficult stories right is to understand the laws and rules governing the handling of assault allegations that involve students. The most important law, the federal statute known as Title IX of the Education Amendments of 1972, (commonly referred to as Title IX), bars discrimination because of sex by any education program that receives federal funding. When the law was passed in 1972, the main emphasis was on gender equity in athletics, said Debbie Osgood, an attorney who worked for the U.S. Department of Education from 1991 to 2016.

Although the Education Department’s Office for Civil Rights initially issued Title IX guidance on sexual misconduct in 1997, Osgood believes Title IX entered a second phase in 2011, when the Obama Administration focused more attention and enforcement on sexual assaults. (Sexual violence is covered by Title IX since it is considered an extreme form of discrimination.)

The second phase was formalized in an April 4, 2011 “Dear Colleague” letter from the Department of Education to college officials. The letter announced a new interpretation of the law that gave victims more rights, and significantly changed the requirements for colleges’ responses. The OCR, for example, encouraged college officials to validate allegations using only a “preponderance of evidence,” standard rather than higher standards such as “clear and convincing evidence.” It also recommended colleges set a 60-day deadline for responses to allegations, discouraged cross-examinations and allowed accusers to challenge results that found them responsible.

“Dear Colleague” letters don’t change laws, but do allow federal officials to tell colleges what specific procedures the federal government considers sufficient to meet legal requirements to, for example, respond to allegations “promptly.” Schools that don’t follow such advice can be sued, though they can defend themselves by showing that their procedures fell within federal guidelines.

In September, U.S. Secretary of Education Betsy DeVos took steps that Osgood sees as a third phase for Title IX which Osgood describes as “recalibration” because of DeVos’ speech calling for more protections for students accused of assault.

DeVos announced that the Department of Education will no longer honor the 2011 “Dear Colleague” letter, or its 2014 FAQ document counterpart. The Trump administration has instead issued its own page of Q&A guidance on Title IX.

The most significant changes: removal of the 60-day deadline and a raising of the bar for evidence, to “clear and convincing.”

“We’ve gone two steps forward, but we’re not going two steps back,” Osgood said. “I see us as maybe going one step back and reassessing what the rules really should be going forward.”

Osgood said she sees the changes as reflecting a move by the Trump administration to try and establish a system that is fairer to both sides. She said some courts are continuing to protect victims, noting that victims’ rights protections don’t necessarily favor women over men since any gender can be a victim.

The Trump administration guidelines also propose more explicit connections to the Clery Act, a federal law that requires schools to publicly report the number of sexual misconduct cases, and the Violence Against Women Act. These proposed guidelines aren’t in force yet, Osgood said, noting that they still have to go through an approval process, which could take up to two years.

Reporters also need to examine how well — or poorly — colleges are following federal law, said Tyler Kingkade, a reporter at Buzzfeed who has covered Title IX and sexual assault issues. Several studies have found that many colleges ignore federal guidelines and adhere to their own — often problematic — standards for sexual misconduct trials. One report found that 85 percent of colleges do not notate sexual assault offenses on student transcripts, and that most students found guilty of assault are not expelled.

He pointed to Democratic criticism of Betsy DeVos, who consistently polls as on the least-liked members of Trump’s administration. Her support within the Republican Party appears to be comparatively weak as well. DeVos is the only Trump cabinet member who required a tie-breaking vote by Vice President Mike Pence to win Senate confirmation.

But Kingkade warns about framing any story about policies on and responses to campus sexual assaults as a partisan issue. There is a bipartisan sexual violence task force in Congress, co-chaired by U.S. Rep. Patrick Meehan, a Republican from Pennsylvania, Kingkade noted. In fact, Meehan supported the earlier Obama guidance on Title IX.

“Historically, Republicans are very good on victim’s rights, they’re very much into law and order,” he said.

Stories That Got It Right

Reporters who have covered such difficult, sensitive issues say that patience, persistence and empathy are key. The Salt Lake Tribune won a Pulitzer Prize for its coverage of sexual assault. The newspaper brought to light policies and practices at local universities that punished victims for coming forward with rape allegations. The Tribune found that Brigham Young University officials, for example, tended to punish victims of assault for violating the school’s “zero tolerance policy” for alcohol and  sexual relationships, rather than investigating the victims’ allegations of assault.

Rachel Piper, who worked on the series and is the paper’s digital news editor, said this culture created a chilling effect on students. Victims were afraid to come forward for fear of being punished by the school, she said.

One red flag that tipped the paper’s reporters off to a problem was the the university’s crime statistics reports — which the federal Clery Act requires all colleges to make public. Brigham Young listed zero cases of assault on campus. While the school was proud of its supposed safety, experts advised the reporters that unusually low numbers typically reflect a culture of fear that keeps students quiet.

The news team learned that, above all, a victim’s trauma outweighed a reporter’s quotidian concerns about deadlines or stories, Piper said. She said one of the most common responses her reporters got when they approached victims was, “I don’t want my story to be questioned.”

Many victims were apparently afraid of having their story turn into the kind of mud-slinging embarrassment caused by the Rolling Stone piece. That kind of victim-shaming can perpetuate the silencing culture around reporting these crimes.

That example, and their sources’ concerns, forced the journalists to slow down and do more careful, sensitive reporting. In some cases, the Tribune even allowed other local outlets to “beat” them in publishing stories because their reporters were taking extra time build relationships with sources, make sure victims felt comfortable sharing, and fact-check carefully so that the so the stories couldn’t be discredited.

In all, the staff spent about a year on the series.

The paper’s revelations led to reforms of sexual assault reporting policies and trial practices at Utah State University and Brigham Young University. The paper won several prizes, including a Pulitzer. Judges praised “the string of vivid reports revealing the perverse, punitive and cruel treatment given to sexual-assault victims at Brigham Young University, one of Utah’s most powerful institutions.”

But, Piper said, it’s not always a relief for victims to have their stories go public.

“Not every person you talk to is going to be excited or grateful,” she said.

In the end, however, Piper concluded, it’s the duty of the reporter to convey the facts as accurately as possible.