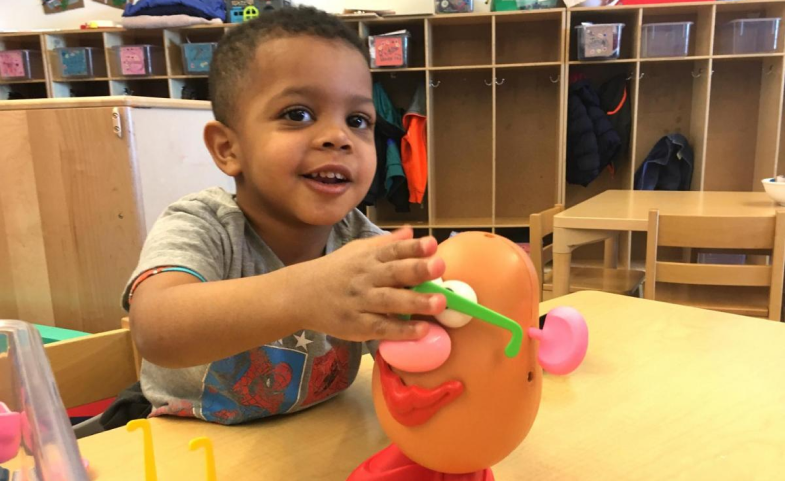 What’s on the Horizon for Early Childhood Education in 2021?

Eight months into the pandemic, voters in Multnomah County, Oregon, approved a new tax on high earners to fund a program called Preschool For All.

The action represents a major early childhood investment during a recession that threatens to drive many child care providers out of business. It also puts forth a compelling model for solving some of the problems that publicly funded preschool and child care programs in other states and cities haven’t fully addressed.

Mark Holloway, who served as vice-chair of the Preschool For All Task Force, said during a recent Education Writers Association panel discussion that the grassroots effort tackled what’s known as the “trilemma” – the desire to provide high quality care for kids, fair wages for child care workers, and affordability for parents.

The program will provide free, universal preschool to all 3- and 4-year-olds in Oregon’s most populous county, which includes Portland, phasing in service for children with the highest needs first. Lead preschool teachers will receive an annual salary of $74,000, according to a New York Times story, and teaching assistants will receive $20 an hour. (The median salary for preschool teachers across the U.S. was $31,000 in 2019, according to the U.S. Bureau for Labor Statistics.).

The Multnomah County program will also invest in training and coaching for preschool teachers and prohibit the expulsion of preschool children, a form of discipline that disproportionately affects boys of color.

Holloway called Preschool For All “the most comprehensive universal preschool program passed in the country thus far.”

Panelist Javaid Siddiqi, the president & CEO of The Hunt Institute, a nonprofit affiliated with Duke University, elaborated on the trilemma, saying the child care industry nationwide is a broken model.

“Parents pay literally as much as they can bear while the costs are subsidized on the backs of the early childhood workforce, who largely are women of color,” he said.

One bright spot, panelists agreed, was that early childhood proposals often draw bipartisan support at all levels of government.

As Preschool For All emerged, Holloway said, “We had Democratic socialists and the Chamber of Commerce sitting at the table together and being like, ‘We’re going to do this,’ and ultimately it won 63%” of voters.

Angela Rachidi, a poverty scholar at the American Enterprise Institute, a free market think tank, highlighted the boost in federal money for child care over the last 10 months. (The federal CARES Act passed in March included $3.5 billion for child care. In December, Congress approved a relief package with $10 billion in child care aid.)

“That was the result of policymakers changing the conversation about how important federal care assistance is in the child care market,” Rachidi said.

But Holloway quickly noted that the amount for child care was “pennies on the dollar” compared to what the airline industry received in federal relief. Last spring, airlines got $25 billion in aid and in December, they got another $15 billion.

Siddiqi said there’s a lot to like in the plan, from universal preschool to limiting child care expenses to 7% of family income for lower-income families. He said the president could have done more to focus on the 0-3 age group.

“This is pretty indicative of where early childhood policy is in the states as well,” Siddiqi said. “We spend a lot of time working to expand preschool programs for 4-year-olds in particular, not giving enough … to the most critical years of development, which now seems like an obvious mistake.”

Rachidi agreed with that assessment and said the expansion of the federal child care subsidy program could contribute to the ongoing decline in home-based child care providers.

She said child care subsidies generally end up funding center-based care and are not as friendly to in-home providers because of the program’s focus on high quality ratings.

“Even if we get more federal funding, is it going to really reach the families that are most in need?” she said. “Those are the families who have non-standard work hours, who have infants, who need that in-home care.”

Key Issues for Reporters to Watch

During the session, panelists identified a number of important developments for reporters to watch and issues to keep in mind. They include: