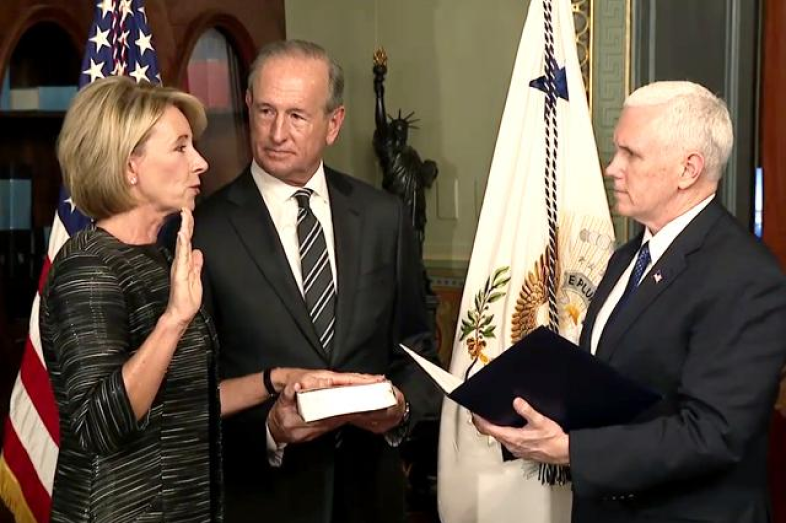 Betsy DeVos Is Secretary of Education. Now What?

Kimberly Hefling of Politico discusses the new U.S. secretary of education, Betsy DeVos, who was confirmed Tuesday after Vice President Mike Pence was called in to break a 50-50 tie in the Senate. What will be her top priorities moving forward? How aggressively will the new secretary push school choice, and how likely is President Trump’s $20 billion school choice plan to gain traction? Has DeVos lost political capital during the bruising confirmation process? Was she held to a higher standard than other nominees for President Trump’s cabinet? And how much power will the Republican mega-donor have to roll back the Obama administration’s education policies and initiatives?