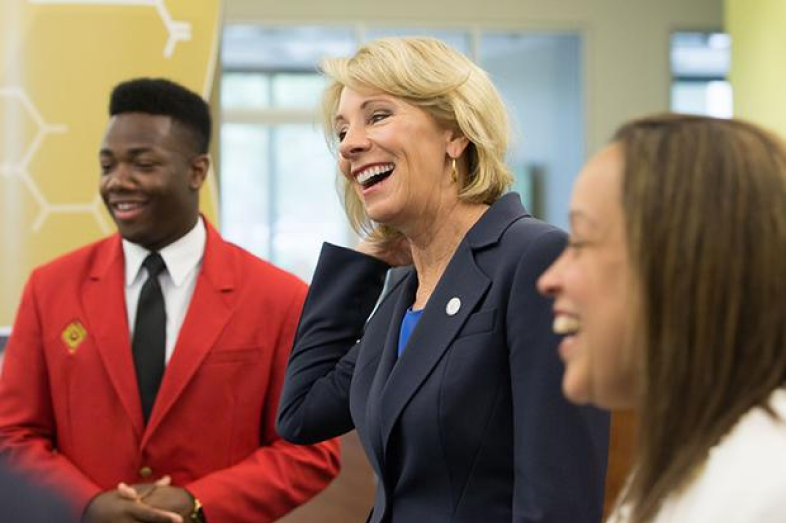 From rescinding guidance on how campuses should handle sexual assault cases to changing the rules for forgiving student loan debt, it’s been a busy first year on the job for Education Secretary Betsy DeVos. Some of her biggest policy moves — and ensuing controversies — have involved colleges and universities, explains Adam Harris of The Chronicle of Higher Education. Where has DeVos had the most immediate immediate impact at advancing the Trump Administration’s agenda? What’s been the fallout from her move to rescind Obama administration-era guidance on Title IX? Where does DeVos stand on issues related to free speech on campus? Will the U.S. Education Department’s plans to loosen restrictions on for-profit colleges reduce accountability? And what’s on the education secretary’s higher ed policy horizon as she begins her second year?

This is the second of a two-part special episode. Part One, focused on K-12  education policy in the first year of DeVos’ tenure, first aired Feb. 14.