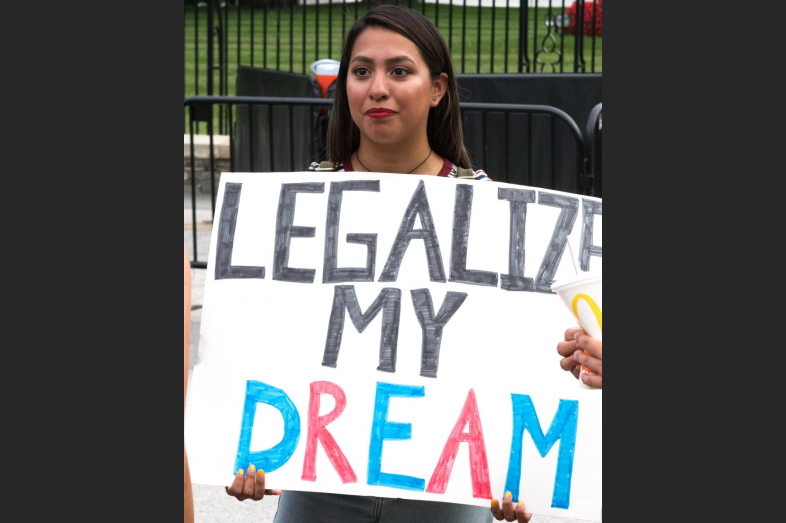 If DACA Ends, What Happens to Students and Schools?

This week, the U.S. Supreme Court heard arguments in a case challenging President Trump’s decision to rescind the Deferred Action for Childhood Arrivals program (DACA). The program has temporarily protected some 800,000 immigrants who came to the U.S. illegally as children from being deported. While a key focus is college-age students who fear deportation, ending DACA has significant repercussions for the K-12 school community as well. In this 2017 episode of EWA Radio, soon after Trump announced his plans to unwind DACA, Corey Mitchell of Education Week and Katie Mangan of The Chronicle of Higher Education discussed the potential implications. What was the legal challenge that prompted Trump’s action to dismantle DACA? How might the move impact college students who rely on DACA’s protections to work and support themselves while still in school? And who are the DACA-eligible individuals working in the nation’s public schools?