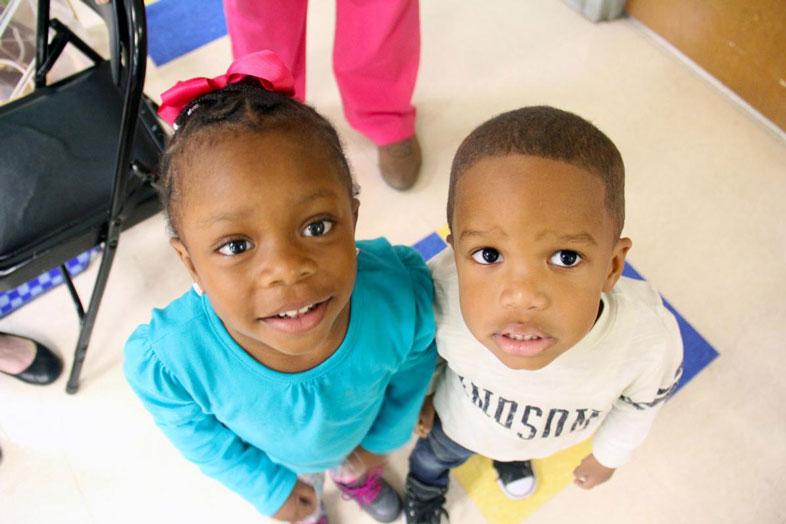 Can Mississippi parents find out how their children fare after being dropped off at child care centers?

Reporters Sarah Butrymowicz and Jackie Mader of The Hechinger Report set out to answer a straightforward question: Can Mississippi parents find out how their children fare after being dropped off at child care centers?

“Two years later, here we are,” Butrymowicz told an audience of education journalists at a recent EWA seminar in Chicago on early learning. The two journalists ended up writing 18 stories as part of a far-ranging investigation, winning first prize in EWA’s National Awards for Education Reporting in 2017.

When the reporting team first requested state records related to the mandatory inspection of early learning centers, Mississippi officials said the request would cost $8,827 to fulfill. As The Hechinger Report is a nonprofit, that price tag was impossibly high, Butrymowicz  said. So they cut their request in half, asking for just the most recent year’s inspection reports instead of the prior two years. The state’s response: It’s still $8,827. The Hechinger Report filed a complaint with the state’s ethics board over price gouging, and prevailed.

But getting access to the records was just the first hurdle. While many states are moving to put early childhood inspection reports online, Mississippi’s were still in paper form, filled out in each inspector’s handwriting. It took several weeks to turn those reports into a searchable spreadsheet, Butrymowicz said.

The reporters ended up with data on nearly 400 early learning centers. In addition to figuring out which locations had one or more violations of state regulations, they learned another key data point: how long each inspection lasted, as inspectors were required to log their “in” and “out” times.

The Hechinger Report calculated that the average state inspection time for a child care center in Mississippi was one hour and 40 minutes. By comparison, the U.S. Department of Defense, which is lauded for its high-quality early learning programs, often spends “a day or two inspecting” each center, Mader said.

Additionally, the data revealed more than 60 percent of the centers had violated at least one state regulation, and that 10 percent had been cited for what the state considered major violations: leaving children alone, violating the required staff-to-child ratio, lacking a staff member certified in CPR/first aid or leaving a child alone with someone who didn’t have a background check.

As Mader told the EWA audience, The Hechinger Report’s investigation wasn’t just about problems at some of the early childhood centers. It was also about shining a light on inaction by state lawmakers in Mississippi. From 2007 to 2015, there were multiple bills introduced that would have improved oversight of early learning centers, Mader said, but none of them passed.

Mader and Butrymowicz emailed 200 child care centers in Mississippi, letting them know the state records had been acquired and asking permission to visit. Only 15 centers responded.

“We got on the ground and started visiting centers, and we took all the records with us,” Mader said.  “We’d knock on the door, identify ourselves, and say, ‘We have your most recent inspection report and we want to talk to you about these violations that were in it.’ More often than not, they were willing to talk with us.”

The reporting team discovered they were often witnessing violations during their site visits, and that many workers they encountered didn’t seem aware of all the rules. That included seeing infants sleeping in car seats left on the floor and violations of the state’s “screentime” prohibitions.

“We saw TVs on in centers all the time,” Mader said. “I honestly don’t think I would have known that wasn’t allowed if we hadn’t read the (state’s) regulations.”

Even with those discoveries, she added, the reporters said they were careful not to take an accusatory approach to their interviews. Basic courtesy will go a long way to building trust with your sources.

“We asked a lot about the health department oversight and what it was like to go through an inspection, and why they might have difficulty meeting the required standards,” Mader said. We didn’t just want to be saying ‘why did you do such a bad job.’”

The Hechinger Report’s stories included looking at inadequate teacher training and pay, the struggles of individual families to pay for child care, and segregation in early childhood services.

But the larger systemic areas of concern involved the Mississippi its Department of Health, which is responsible for regulating, and improving, child care centers, Butrymowicz said.

“We found it was really important for us to ask ‘how is the system failing childcare centers,’ not just ‘how is this child care center struggling,’ ” Mader said.

Documentary filmmaker Greg Jacobs told the EWA audience that, like The Hechinger Report team, he also set out to answer a question: How could he synthesize the compelling research around the value of high-quality early learning programs and spur people to take action to support them? The result was “No Small Matter,” a feature-length film charting early childhood education in America.

In making the film, Jacobs discovered that some of the research on early learning is only a generation old — comparatively young in the world of science — which poses its own kind of challenge. Another key takeaway from the film, said Jacobs: It’s time to expand the public’s understanding of what “early learning” and “early childhood education” mean, and broaden them beyond just preschool.

What the Research Shows

The evidence in support of high-quality early childhood education is so strong that Jacobs joked he could have titled the documentary “Duh.” But that doesn’t negate the strong — and understandable — reluctance some people have to pushing these kinds of programs, he said, because “there is nothing considered more private or personal in this country than how we raise our kids.”

At the same time, the documentary makes a strong case that while familial configurations have changed dramatically since World War II, programs and services to support young children haven’t kept pace. Even though investing in early childhood education can reap benefits for society as a whole, the burden of making that investment rests almost entirely with families, Jacobs said. As a result, more and more parents “are having to rely on surrogates, strangers and screens for this fundamentally social responsibility.”

Early in the process of producing the documentary, Jacobs realized the film was going do more than just lay out the facts — it would also have an advocacy element. That was a new — and slightly uncomfortable — role for him, given his background as a historian and journalist. And education reporters might find themselves grappling with similar dilemmas given the newness of early learning coverage, he added.

“The point is that the conceptual framework needed for early childhood to be taken seriously as an issue is still unformed—or, to use the brain science terminology, it’s still got a lot of plasticity. Which means that the act of covering the issue is also helping to create it,” said Jacobs, who was a 2016 New America fellow. “The choices that you make—which stories to cover, what data to incorporate, how you bring the many strands of the story together—are helping to build the architecture of the issue itself.”

Emily Richmond
Public Editor
Related Skills
Miguel Cardona’s Education Priorities: Addressing Disparities, Student Loans, Pre-K and More
U.S. Secretary of Education Miguel Cardona made his priorities clear at the Education Writers Association’s 2021 National Seminar.
Documentary Shows How Even Progressive High Schools Can Lack Equity
'America to Me' filmmakers discuss how they gained students', school's trust.
No Easy Answers on PISA: U.S. Scores Flat in Reading, Math and Science
Experts urge caution in interpreting results as advocates call for major overhaul of public education.
Nature Beats Nurture in Large British Study
A study published Monday and reported on by the Los Angeles Times argues that inherited traits play an outsize role in how students perform on a compulsory exam taken by British 16-year-olds.
What Reporters Need to Know About State Testing in 2021
With the Biden administration largely holding fast on the resumption of state assessments this year, critical questions remain on the scope of testing, as well as what can and should be done with the
Load More
x