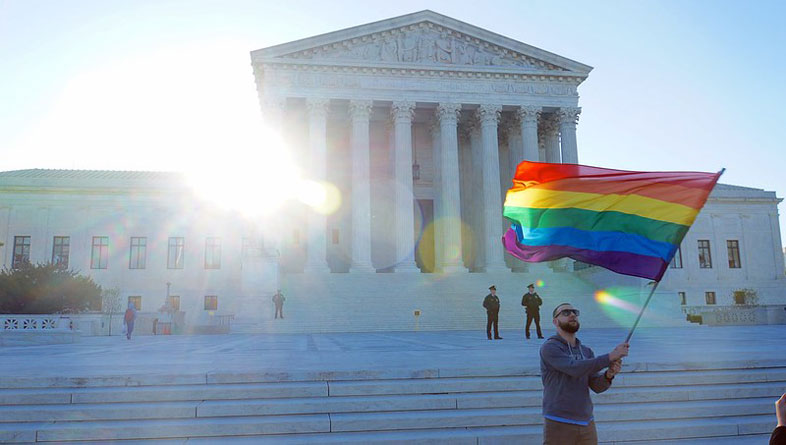 Lawmakers are considering legislation that would limit or even prohibit the teaching and discussion of gender identity and sexual orientation in certain grades.

In at least 16 states, lawmakers are considering legislation that would limit or even prohibit the teaching and discussion of gender identity and sexual orientation in certain grades.

Among the many critics of this kind of legislative action is the American Association of Pediatrics, which has warned that banning classroom content on LGBTQ+ topics will reinforce harmful stereotypes and myths about the influence of “exposure” on children’s gender identity development.

On March 8, 2022, Florida lawmakers approved the so-called “Don’t Say Gay” Bill, and sent it to the desk of Republican Gov. Ron DeSantis, who has indicated he intends to sign it into law.

DeSantis pushed back on critics: “When you actually look at the bill and it says ‘no sexual instruction to kids pre-K through three,’ how many parents want their kids to have transgenderism or something injected into classroom instruction?”

For education reporters writing about similar legislation in their own states, take a look at the similarities and differences among versions of the legislation among states. Who’s writing the drafts, and what national organizations are helping to shape the policy? A good starting point is the text of Florida’s Parental Rights in Education Bill.

Here are some organizations and resources to consider when writing about the surge in “Don’t Say Gay” legislation, as well as LGBTQ+ issues in education more broadly: