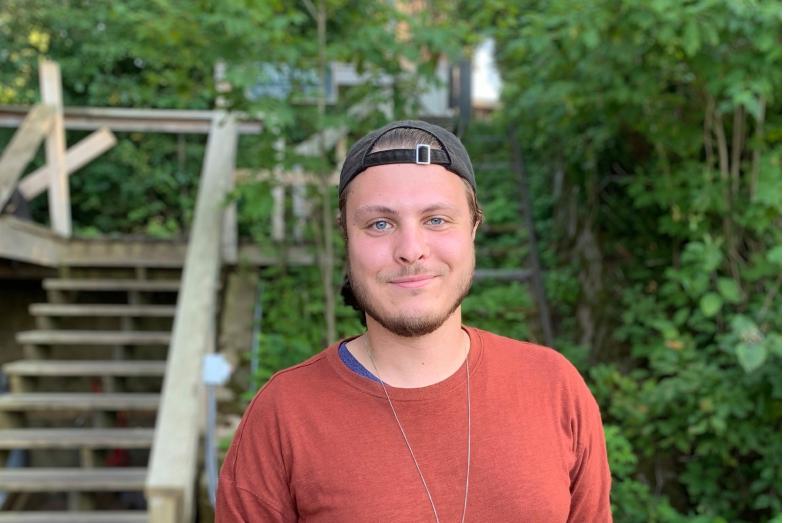 Member Spotlight: How an Independent Journalist Is Challenging Perceptions of Minnesota

Getting fired from a marketing job became the catalyst for Alec Fischer to create his own media company in Minneapolis. Now he’s the awards-winning filmmaker of “Covid Confessions,” which includes a segment on teachers. Fischer shares his independent filmmaking journey with EWA’s Asia Allen.

Back to Member Spotlight

Minnesota is a hub of hidden stories that are without a platform.

That conviction from independent journalist and filmmaker Alec Fischer motivated him to create the original documentary series, “Covid Confessions,” which includes the lived experiences of Minnesota teachers during the pandemic.

“I was out in [Los Angeles] for a couple of months this past year, and people couldn’t even tell you where Minnesota was on a map,” Fischer said. “I can’t fault them for that. If they have no need to go up there, why would you know that? But there are 60 million people living in the Midwest region, and that’s pretty significant.”

Now, Fischer is listed on the 2023 Forbes 30 under 30. He runs the independent company, Fischr Media (the spelling is intentional), in the heart of Minneapolis, where he continues working on projects.

Fischer said he hopes his films add substance to the Midwest’s reputation and challenges what the average American knows about the state. Some believe Minnesota is simply home to a dialect with long A’s and O’s; others heavily imitate their perception of the accent, he said.

In this member spotlight, Fischer takes readers on his filmmaking journey: He discusses his first time covering education issues, starting his media company, earning recognition for his work and more.

When I first started, I thought it would just be a short film. I thought that I would talk to some nurses, teachers, and restaurant workers. I wanted to do that trifecta of the three industries that were being talked about a lot, but I felt like the local perspective wasn’t there.

Every interview I saw was either in a hospital or in a school, but it wasn’t a sit-down. I really wanted to take a pause and allow the subjects to take some deep breaths and go through what they had been experiencing. It expanded pretty organically.

What was your process for compiling diverse interviewees?

It became a challenge almost to myself – How many people can I film in 12 months? It turned into more than 300. The initial film was going to be eight [people].

What lessons or comments from educators stuck with you?

Teachers and school social workers were really nervous they would lose their jobs or get in trouble if they shared their full name or if they said what school they worked for in the district.  I had to be really intentional about the way we were interviewing.

A lot of folks came in and were questioning the validity of their truth in terms of it being worthy of being told in this capacity. As a storyteller, I love guiding them [the interviewees] on this process of realizing that their story is valid and that they should feel empowered to speak it into existence.

There was one person that came in, and you could tell they had a lot of walls built up. And by the end of the interview, we were crying together. It was just this moment of feeling that we could be so vulnerable in this space together. It’s like everyone’s carrying trauma from COVID, whether we acknowledge it or not.

What led to you entering the EWA Awards?

Two peers and friends of mine, Lindsay Seavert and Ben Garvin, two or three years prior had made a film about Lucy Laney Elementary School in north Minneapolis, and they had won an EWA Award for that film.

I had asked them if there were any places that they thought I should show “Covid Confessions” to. They were reporters for 20 years before they moved into documentary filmmaking. They also had this background of working with folks who are involved in EWA.

What advice can you give education reporters about the EWA Awards?

Just apply. The worst thing that happens is you spend $100 or $50 and don’t get a nomination.

There were so many things that I applied for, and so many of them, I got a nomination or a foot in the door. Sometimes I didn’t get nominated at all. But I had someone reach out from the foundation or the committee and say, “We saw a lot of promise. If you do this differently and resubmit with future content, this is what we’re looking for.”

Just like the act of applying, you’ll get feedback – and in some places, no feedback.

Go for it! You are your own best advocate and should internalize that across all areas of life.

How did you find out you earned a spot on the Forbes 30 Under 30 list?

I found out I was a finalist in August. Their editorial team had reached out and wanted some more info about myself. And then I didn’t hear anything for four months. I woke up and got an email that said I made it.

It felt a little surreal. It felt validating and affirming to be on a list next to folks from The New York Times or working at the White House.

Obviously, you don’t want to rely on external validation, but I think as an independent producer and journalist sometimes you question, “Is this important? Is this making a difference?” So to be recognized on that level felt very affirming.

Have you seen changes in your career since your recognition?

There haven’t been any things that are a direct result of this, but I have felt the energy shift. There have been moments for future things: whether it’s distribution or development projects that have come through that have never come through before. I’m hoping that continues.

What does your routine as a filmmaker look like?

I’m spending five to eight hours a day in the editing process. I’ll probably go for a walk, catch up with a friend at night usually, and then do some more editing. I also do a mixture of pitch development work – working in terms of outreach to people and ideas. It really depends.

If I’m filming, that’ll be the week where I prep equipment and then get all production ready and go out and film, whether it’s for clients or independent projects. It’s a mix of all of that.

The hardest part is financing. A lot of what I’ve done has been self-financed. I do client work and funnel the revenue or the profits from that into the documentary work that I want to do.

I’m really hopeful that I’ll move it more into a space where I can get funding for the things I want to work on. For journalists, if they’re not working for an institution, funding for what you want to work on is always a battle.

The most rewarding is seeing people realize their stories are valid.

There is this term that’s really popular to say: “I’m giving a voice to the voiceless.”  Everyone has a voice. Who are we giving a platform to with their voice? Who are we listening to, and who are we prioritizing?

For me, it’s recognizing that everyone has a voice and that we can lift them up in ways that are empowering and authentic on a national stage. That’s what motivates me.

I started making films when I was in the eighth grade. A creative writing class I took had us turn an assignment of writing into a different medium. I’d film it with some friends and play it for the class. Watching them get scared, watching the reactions, I [thought], “Whoa, this is fun.” I liked seeing people react to something I created.

I made short horror films until I was in high school and then had been doing more advocacy work with bullying prevention and working with some national groups. It was right around the time when bullying was becoming this national conversation.

What did you learn from covering bullying in Minnesota schools?

A lot of adults in Minnesota weren’t talking about the serious stuff that was going on in the public school system.

I would film interviews with students, talking about their experiences [with bullying]. I spent almost half of my senior year going around the state, filming student stories. I released that at the end of my senior year, and it was a 45-minute short documentary about bullying in Minnesota public schools, and that went viral. Lots of schools wanted it to be played, so I ended up touring with it for a few years.

It was this huge entry point into documentary films as a catalyst for social change work. [It] blew my mind that it could be so efficient. I fell in love with using something I created as this conversation starter.

I love this, and it is fulfilling. I [got] to meet really interesting people through it. And I was able to feel like I was helping the communities I was working with, too.

What made you create your own media company?

The point-blank answer is I got fired.

I got fired from my marketing job and wasn’t happy. I couldn’t get another job. I think people could tell that I was just burned out. I realized I have the talent. I have the skills. I believe in myself, and I was working at a restaurant at the time.

I thought, “Even if I have to work at a restaurant full time and do this even five hours a week, that is enough for me.”

I started my own media company part time in 2018, and then it was a year before I became full-time. The last three years have been full time.

What do you think journalism and filmmaking have in common?

It’s about storytelling, about representing the truth.  Especially with investigative journalism, it’s uncovering the truth that isn’t present.

Documentary films can be that in so many beautiful ways, as a medium that’s so accessible to people. People love watching videos. Being able to combine those is where you can really have some powerful change for mind, heart, and soul work.

And again, that’s what motivates me: to change people’s perspectives in that way. 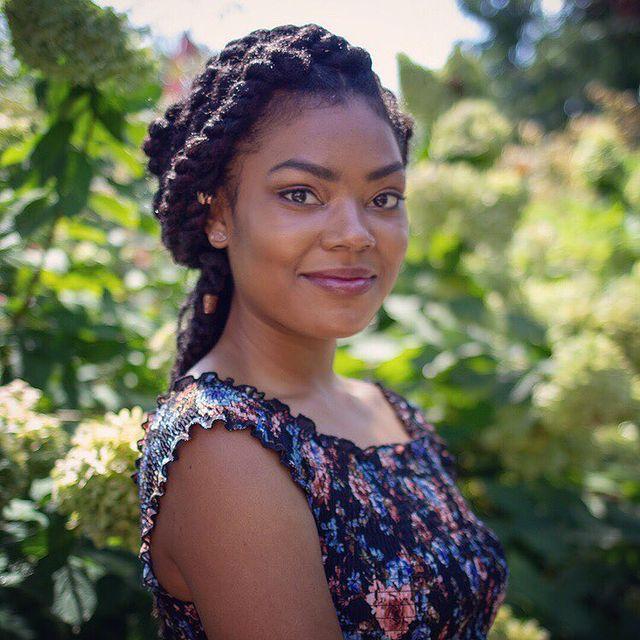