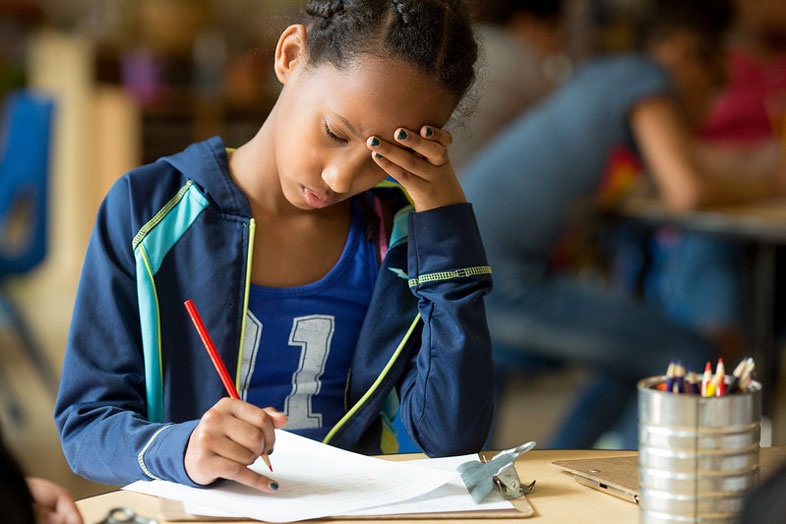 What reporters should closely watch amid school spending initiatives and discussions

With school districts across the country seeing an unprecedented influx of federal aid to fuel the education recovery, the question remains of what impact these extra dollars will ultimately have on students.

“What the research shows is that, on average, money matters,” Schanzenbach said during a recent panel organized by the Education Writers Association at the SXSW EDU conference in Austin. (Watch the video here.) Schanzenbach walked through some of the research during the session, titled “Can You Buy Improved Educational Outcomes?”

“But there are many, many more important questions that we now need to face,” she said. Top of mind, Schanzenbach noted, is helping to inform what specific investments will make the biggest difference, as nearly $200 billion in federal stimulus aid is going to states and districts.

“Just because money is spent, on average, productively doesn’t mean we’re spending it best, said Schanzenbach, who directs Northwestern University’s Institute for Policy Research. “We need to … help people figure out: How do I spend my next dollar?”

“What do we do with some of these recovery funds?” she added.

What Will Fuel Education Recovery?

Researcher Eric Hanushek of Stanford University also participated on the EWA panel. He began his remarks by pushing back on the value of research on whether spending more, in general, improves student outcomes.

“Asking the question, ‘Does money matter?’ is a silly question,” said Hanushek, a senior fellow at Stanford’s Hoover Institution.” That’s kind of a strawman.”

Hanushek added, “What [Schanzenbach] is saying is that if you came and had a helicopter drop off money onto schools, on average, you would get gains because some schools would use it well, some differently and so forth.”

But he said flat scores on measures of achievement, such as NAEP, the National Assessment of Educational Progress, and PISA (an international exam for 15 year olds), despite a 25% increase in spending per pupil since 2000, adjusted for inflation, weakens that argument.

“So if you believe that, in fact, money provides this positive impact, we should be able to see it unless there’s some horrendous thing, like parents have become that much worse over time, to offset the fact that the schools are actually better,” Hanushek said.

The economist emphasized the importance of tapping research to guide specific expenditures.

“Money could matter,” he said. “There’s no doubt about that. There are examples of really good, strong programs.” But he also sees plenty of “not so good” programs.

“There’s a lot of evidence that teacher effectiveness is the answer,” for example, Hanushek said. “But with few exceptions, no one’s willing to really pay attention to that in policy circles.”

Schanzenbach lamented that “so much of our policy in education is made by anecdote or best guess.” She said, “The research literature has fallen short on being able to provide good advice to superintendents.”

She cited a valuable resource:

Hanushek sought to quantify the long-term financial impact of the pandemic shutdown on today’s students.

“The pandemic has scarred the current cohort of students for their life unless we do something different,” he said. “My estimates currently are that the average kid who was in K-12 schools in March of 2020 will see 6% to 9% lower lifetime earnings because of the last two years of experiences.”

Schanzenbach cited a more conservative figure of the long-term financial impact, but echoed the sentiment.

“We owe it to the kids to not impose more costs on them, but to really recognize that we did not prioritize them during this pandemic,” she said. “We’ve got to make it up to them.”

Also on the EWA panel was Chandra Villanueva, a program director at the Austin-based advocacy group Every Texan. She lamented how some of the federal stimulus dollars have been spent in the Lone Star State.

“In Texas, we used our first round of federal COVID relief funds to basically supplant state dollars because of the hit to our economy and our revenue, because again, we rely primarily on sales tax, and people weren’t spending as much,” she said.

The EWA session also provided a primer on historic shifts in education budgets over time, with much of the additional spending intended to prioritize serving low-income students more equitably.

“We’ve seen a massive shift in the amount of money that we spend and how we distribute that money,” Schanzenbach said.

The per-pupil spending gap between high- and low-income school districts has “narrowed dramatically” since 1990, she said, often driven by school finance reforms at the state level, whether ordered by courts or passed by state legislatures.

The impact of this shift has been the subject of much research. While some studies find larger impacts on test scores than others, Schanzenbach said, the general “thrust of the modern literature” is that test scores improve when school spending is reformed and increased.

Overall education spending has been trending up for at least the past decade, with schools spending an average $13,187 per pupil in 2019, up from $11,791 in 2013, according to the National Center of Education Statistics.

Where Has More Money Worked, and Where Has It Not?

Schanzenbach pointed to lessons learned from the Great Recession in 2008, like that of C. Kirabo Jackson, Cora Wigger and Heyu Xiong, which showed that student achievement, as measured by student test scores, dropped after school funding decreased when states scrambled to balance their budgets.

Villanueva of Every Texan, cited Texas as an example. When the Texas Legislature cut funding for schools in 2011, the state immediately saw student achievement drop, Villanueva said.

Now she worries that if Texas uses federal stimulus aid without restoring state funding cut more than a decade ago, the state will just supplant funding rather than use it for additional expenditures, Villanueva said.

Whether school districts are using federal relief dollars to fill gaps in shrinking budgets or supplant funding versus additional funds is an important thing for reporters to look out for, some experts said. But this is allowed under the federal program of COVID relief for education.

Below are some promising strategies identified by experts that districts could pursue with increased funding to potentially improve student outcomes.

Promising initiatives or expenditures most likely to boost student outcomes

Experts also warn reporters to watch out for increased spending on recurring line items, such as hiring more employees, that will have to be cut in a few years.

A 2021 RAND survey found that school leaders are already worried about the fiscal cliff they might face when federal relief dollars run out in a few years, so reporters should pay attention if districts are increasing spending on more personnel or other costly items without a clear end date or plan to ensure they can still fund these things in three or four years.

Share
Author
Meghan Mangrum
of the Tennessean
Related Skills
Reporting on the Student Loan Debt Crisis? Here Are Insights From Experts
Experts tackle questions of fairness and the future of student loans and forgiveness.
Investigating How Politics Is Affecting Education? Here’s What to Know
Amid an ‘all-time high’ in partisan polarization in the U.S., get background and tips to better cover the politicization of education and how it affects students.
Covering After-School Learning Amid the ‘Engage Every Student Initiative’? Here’s What Reporters Should Know
Leaders involved in summer learning and after-school programs share background and give advice to reporters.
Covering Student Loan Forgiveness: 5 Tips From Danielle Douglas-Gabriel
A Washington Post higher education reporter shares insights to help journalists cover the new federal student loan forgiveness program and higher education debt more broadly.
Covering Conflicts Over Academic Freedom, Tenure and Campus Speech Amid Growing Legislative Restrictions
Reporters navigating these ongoing issues can look beyond the legislation and examine the root causes and more.
Load More
x