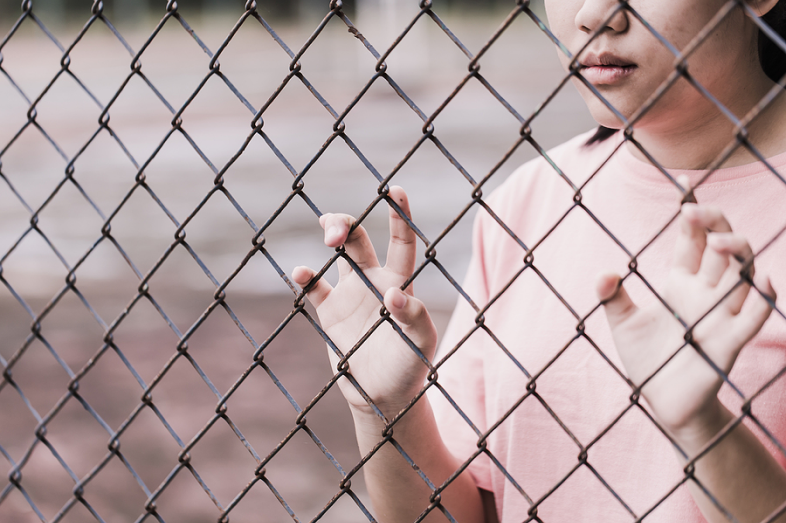 Charlotte West writes about incarcerated students and college-in-prison programs for Open Campus. After growing her beat over the last year, Charlotte shares what she learned, explains Pell Grant expansion for prisoners, and offers story ideas and resources.

Author: Charlotte West of Open Campus for EWA
Back to Story Ideas

As federal financial aid becomes more widely available to incarcerated students, the number of prison education programs available to these 1.8 million Americans is expected to grow in 2023.

Congress banned Pell Grants for people in prison almost 30 years ago when legislators passed the 1994 crime bill, the product of a tough-on-crime approach that helped fuel mass incarceration in the United States. Although the number of college-in-prison programs dropped drastically overnight, conservative lawmakers had been gradually chipping away at support for higher education in prison for years.

In 1992, they had eliminated eligibility for federal financial aid for people with life without parole and death penalty sentences. These lawmakers claimed that education inside prisons diverted resources from other students, but a 1994 analysis by the Government Accountability Office found that Pell Grants for people in prison did not affect the availability or size of grants for others. The handful of programs that remained were almost entirely privately funded.

The ban was reversed in December 2020. Congress restored eligibility for Pell Grants, starting in July 2023. Wider reinstatement built on the Obama administration’s pilot Second Chance Pell Experiment initiative, which now has approximately 200 participating schools across the country. The Second Chance Pell program was intended to explore the feasibility of wide-scale Pell reinstatement.

Over the last two years, the Education Department worked with representatives of colleges, accrediting agencies, departments of corrections (DOCs), advocacy groups and other stakeholders to determine how Pell reinstatement will be implemented. In October, the Department released the final rules. The Federal Bureau of Corrections and state correctional agencies will be responsible for approving and overseeing eligible prison education programs.

In 2021, I took a position as a national reporter for Open Campus, a nonprofit newsroom. I write a newsletter, College Inside, focused on the future of postsecondary education in prisons. It’s distributed via a biweekly email and a monthly print version sent to almost 800 incarcerated readers.

Here are a few things I learned in the past year as well as helpful resources and story ideas on prison education:

1. Communicating with people in prison can be challenging.

Many states have contracts with prison technology companies, such as Securus and Global Tel Link (GTL), that allow people to send emails through a secure messaging system. The Federal Bureau of Prisons uses Corrlinks. These sites are reminiscent of early social media sites – think MySpace if you remember the early 2000s – with no ability to format text or link to outside websites. Here’s a list of which provider each state uses.

All messages sent through these systems are subject to review by prison officials. Be mindful of what you are asking people to say as they can be subject to disciplinary measures as a result. I was working with one incarcerated writer in Pennsylvania and asked her to talk to women who were incarcerated in 1994 about their experiences after Pell Grants were eliminated. The conversation wasn’t about current prison conditions, but as a result, I was removed from her contact list, and her cell was searched.

People in prison don’t generally have access to the internet and can’t receive calls, but they can call you. Some prison systems require people to add numbers to an approved call list. GTL, called ViaPath Technologies as of 2022, is one of the largest providers, but you should check with your specific department of corrections. For GTL, you can add money to your account through ConnectNetwork, so you can cover the cost of the calls with a feature called AdvancePay.

While a few states like Connecticut and California have passed laws so prison calls are free, other states like North Carolina charge $1.50 for a 15-minute call. That’s a lot of money when incarcerated people make between $.13 and $.52 an hour, if they get paid at all. At the end of December 2022, Congress passed the Just and Reasonable Communications Act of 2022, which confirms the Federal Communications Commission’s authority to regulate all prison and jail calls to stop prison telecom corporations from overcharging incarcerated people. The bill will next go to President Joe Biden.

2. Communicating with people in prison is going to take more time, but including inside voices will strengthen your reporting.

To reach someone, you have to look them up in a state database, often called an “inmate locator.” Get their DOC number to add them to a message site or to send them a letter. Several states have also started scanning physical mail through third-party services, such as TextBehind or Smart Communications. Officials claim that this is to reduce contraband, but advocates say it’s a way to increase surveillance.

Build relationships with sources when you’re not working on a story. When I see that someone has been featured in a local story about a prison education program, I’ll often reach out to them via email or send them a letter asking about their experience with higher education in prison.

Be aware that many people in prison have had extremely negative experiences with the media. I will often explain “the rules” of journalism, such as the difference between “on the record,” “off the record” and “on background.” It helps people trust me with their stories.

3. Prison education is situated at the intersection of two massive systems that can be difficult to navigate.

4. As much as prison educators hope to deliver an equivalent education to incarcerated students, the experience is vastly different from campus-based education.

Education is frequently disrupted because of COVID and staff shortages, and students can be transferred to other prisons in the middle of their programs for all kinds of reasons. Sometimes prisons close, or colleges pull out of prison-education programs. Students often have limited choice – if any – about what classes they take or what they are studying.

5. Consider what language you use to describe people in prison.

Criminal justice publications, such as The Marshall Project, have published guidance on why the words we use – and avoid – when covering mass incarceration matter. Check out its Language Project. I’ve also written about this issue here for Poynter with Morgan Godvin, a formerly incarcerated journalist who is the engagement editor for the American Prison Newspaper Collection.

Labels – such as “convict,” “felon,” “juvenile delinquent,” and “offender” – are prejudicial. At the same time, words used by advocates – “at-risk youth,” “justice-involved individuals” and “returning citizens” – are often unfamiliar to a general audience. Some people, myself included, also try to use “prisoner” instead of “inmate.”

6. Much of the media coverage of higher education in prison focuses on the transformative power of prison education or the redemption story.

While these stories are important, it’s equally important to focus on the challenges of delivering education in prison, who has access and who doesn’t. In fact, there are more people who don’t have access to higher education in prison than people who do. There can also be disparities within prisons, with priority going to people closer to release.  In some cases, people with long sentences or certain convictions are excluded altogether.

7. Collaborate with your colleagues on the criminal justice beat.

An editor who has a lot of expertise in crime and courts flagged different issues in this story than my editors who regularly edit education stories and ultimately made the story stronger.

8. Think about what details you need to include about why someone is in prison and whether they’re necessary to the story.

Policies at some publications require that anytime an incarcerated person is mentioned in a story their charges must be included. I mention someone’s charges if they share it as part of their narrative, or if it’s relevant to the story. For instance, the actual crime was an integral part of one man’s attempt to secure himself clemency in time to begin a Ph.D. program.

This issue is particularly salient among youth and people who are recently or soon-to-be released. By the time many people are released from prison, their crimes are years old, some of which occurred before the digital era. If a prospective employer were to Google them, a news story of the crime is unlikely to come up. But my story is.

If you do include charges, briefly mention them without sensationalizing them. Open Campus has sometimes addressed this issue by mentioning the types of charges the people in the story are serving time for, without attaching a specific charge to a specific person. We did this for an Open Campus story about the impact of a prison closure on a college program in Washington state.

People inside might not have access to the internet, but they do have access to sources. I co-reported this story about student loan default and incarcerated borrowers with Ryan Moser, who was released from the Florida Department of Corrections at the end of December 2022. Ryan got interviews that would have been difficult for me to do. Working with inside writers has been even more essential during the pandemic; media access was even more limited than usual. My scheduled visits to the same prison were canceled twice because of COVID outbreaks.