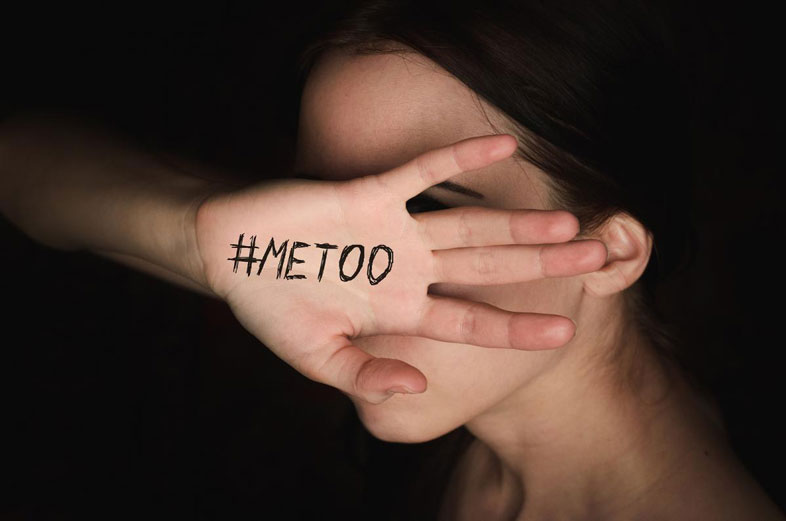 It’s hard enough to responsibly cover traumatic life-changing allegations and events. But reporting on sexual assault is further complicated by confusing research on just how common such incidents are, dramatic swings in the federal rules about how colleges should handle complaints, and conflicting court rulings about the responsibilities colleges have towards accusers and the accused.

A panel of experts who spoke at the 2018 Education Writers Association National Seminar with vastly different experiences and views on the subject nevertheless agreed on strategies reporters can use to produce accurate, fair and responsible stories. They urged reporters to be extremely careful when investigating claims, and take the time to build trust with sources and to fully understand the complicated rules and research.

And the speakers also held out some hope: Careful reporting can spark improvements. Some colleges spotlighted by critical coverage have improved their investigation policies, some speakers said. Increased public discourse surrounding sexual assault has led to safer campuses, for example, believes Aneri Suthar, an undergraduate at the University of California at Los Angeles who offered a student’s perspective to the education journalists.

In 2014, California passed a “Yes Means Yes” law that requires sexual partners to give each other affirmative consent to any activity.

“The ‘Yes Means Yes’ law is pretty well known among students,” Suthar said. “I’ve noticed that students are more cognizant of what consent looks like outside of it just being a buzzword. (They know it) has to be revocable, ongoing and freely given,” she added.

Reporting on sexual assault issues responsibly can be especially challenging when media outlets are under pressure to post titillating news quickly. But taking time pays off in the long run, says Alex Stuckey, a member of the Salt Lake Tribune team that won a 2017 Pulitzer for uncovering local colleges’ longtime pattern of punishing women who reported assaults.

Members of her team spent years talking with female students and digging into the many conflicting rules and rulings that governed how the colleges should have responded, she said.

“You basically have to have a law degree to understand Title IX,” she said of the federal law banning sexual discrimination at college campuses, and to understand how that law interacts (or conflicts) with other state and federal rules setting colleges’ responsibilities.

Stuckey, who has since moved on to a science reporting job at the Houston Chronicle, said learning the rules helped the reporting at the Salt Lake Tribune generate important stories.

“We did all these stories about how schools in Utah were failing to live up to these guidelines,” including ones under the federal Clery Act mandating that colleges report crimes that occur on their campuses, she said.

Several colleges in Utah, including Brigham Young University and Utah State University, changed their policies after the Tribune’s series.

Reporters and editors naturally want to give their readers clear, definitive numbers on just how common campus sexual assault is. But Emily Yoffe, who has spent years researching and writing about the subject for The Atlantic and other publications, says some widely quoted statistics are problematic.

“They rest exclusively on anonymous surveys, and the survey-designers describe the techniques they use to maximize the number of people who check that they experienced some kind of sexual misconduct,” she said. “Then, in many cases, the survey designers themselves label these respondents as victims — sometimes of serious crimes — even when the survey does not ask the respondents directly whether they consider themselves victims.”

In an article investigating sexual assault statistics, Yoffe contested the oft-repeated statement that “only two to 10 percent of reported rapes are false.” Yoffe noted that Michelle J. Anderson, the president of Brooklyn College and a scholar of rape law, acknowledged in a 2004 paper in the Boston University Law Review, “There is no good empirical data on false rape complaints either historically or currently.” She said the data have not improved since then.

Yoffe cited an analysis of sexual assault claims at one northeastern university that found that nearly half could not proceed for a variety of reasons, including the complainant withdrawing, or the  complaint not rising to meet the definition of a sexual assault.“In other words, no one could possibly determine whether these claims were true or false,” Yoffe wrote in an Atlantic piece.

So, Yoffe said, reporters may not be able to give their readers simple, clear numbers that accurately reflect the scope or frequency of campus sexual assaults.

There is a long, ugly history to the way rape allegations have been handled. As the #metoo revelations have shown, in many communities and eras, women have had their sexual assault claims dismissed and even disparaged by authorities.

Citing Stuckey’s reporting as an example, Scott Jaschik, the editor of Inside Higher Ed, said “there’s a long, long list of universities ignoring attacks on their own female students.”

But America has a long history of accusations of minority men sexually transgressing against white women — regardless of whether the claims are false or trivial —  with the claims being used as justification for violence and persecution. Yoffe said reporters should pay attention to the role race may play in campus accusations, saying there are “disproportionate accusations against men of color.”

“Sexual assault happens on campus, said Yoffe. “When it happens, it absolutely requires a response that is effective, appropriate, fair, and comprehensive. This is a very grave matter.”

She asked reporters to investigate whether the colleges and cases they cover fairly balance the rights of victims and the accused.

“I believe that what started as a very well-intentioned effort to address a real problem (of victims being ignored, and rapists going unpunished) has been allowed to run rampant over basic rights in part because our profession has failed to tell the story.”

Stay Current With the Changing Rules

R. Shep Melnick, a professor of American politics at Boston College who recently published a book tracing the history of Title IX, described the dizzying turns the rules governing colleges responsibilities have taken.

Title IX of the Education Amendments of 1972 explicitly bans sex discrimination in schools that receive federal funds. Initially, this meant only that schools cannot limit female students’ access to various educational programs. Over the years, however, courts interpreted Title IX to mean that schools should be held responsible for sexual assault and other forms of sexual harassment that take place on campus or otherwise adversely affect their students.

“The Supreme Court said that schools are liable for misconduct of a sexual nature by students and faculty if they have actual knowledge of the misconduct and acted with deliberate indifference,” Melnick said. “And if the misconduct was serious and systematic.”

In 2011, the Obama administration issued guidance saying that colleges have responsibility for “preventing, eliminating, and remedying” all sexual harassment, including the most minor cases, because that could lead to more major sexual harassment.

That pronouncement, which did not go through the standard rule-making process, but was issued as a “Dear Colleague” letter sent out to all college officials, went “way, way beyond what the Supreme Court required,” Melnick argued.

Since the Obama guidance wasn’t a formal rule, it was comparatively easy for the Trump administration to revoke it last fall by issuing its own “Dear Colleague” letter.

Colleges have been whipsawed by the conflicting demands coming from courts and the changing policies of the U.S. Department of Education. Some schools have recently lost lawsuits filed by individuals disciplined for sexual assault under the stricter rules.

First, Melnick advised reporters to pay close attention to court cases involving sexual discrimination and assaults. “The pressure to modify current school policy will not come from the Trump administration. It’s going to come from the federal courts,” Melnick said.

Secondly, Yoffe suggested digging into the details of exactly who handles campus assault investigations and how they do so. Investigate the training campus sexual assault adjudicators receive, for example, she advised. “Often, the training is secret,” she said, adding that it can be “full of bogus science and false assertions.”

Finally, reporters should consider stepping back and widening the lens – perhaps by looking into how the current climate is affecting social life on campus and the relationship between the sexes. Yoffe, for example, said she worries that “schools are  teaching young people that masculinity undefined, but masculinity itself, is toxic.”

Share
Author
Mikhail Zinshteyn
of EdSource for EWA
Related Skills
Five Questions For … Robert Schaeffer, Public Education Director of Fair Test
Five Questions For … Robert Schaeffer, Fair Test Public Education Director
Schools With Tough Tests Send More Low-Income Kids to College
Schools that that teach low-income students a notoriously demanding curriculum are almost twice as likely to see those students enroll in college, a new report shows.
Latino Studies Programs Grow on College Campuses
Latino Studies programs are popping up in unexpected places
Lawsuit Threatened over Funding for ELLs in Nevada
Civil rights organizations in Nevada are raising concerns about the scant funding for English Language Learners attending the state’s public schools, and are investigating a possible lawsuit against
The Best Sources for Reporting on Greek Life, As Told By Experts
If you missed EWA’s webinar, It’s Greek to Me: How to Report on Media-Averse Fraternities, the two speakers had plenty of resources to share with reporters looking to beef up their stories with ex
Load More
x