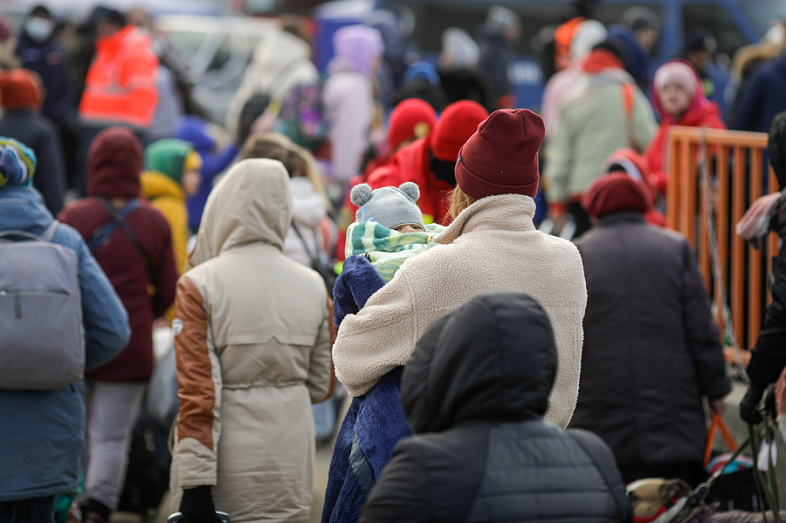 While learning English, immigrant students navigate a new country and school systems — often amid anti-immigrant rhetoric and policies. Learn about the legal protections for this vulnerable student group and the challenges they face.

Author: Jo Napolitano of The 74 for EWA
Back to Skills

Whether they’ve escaped war-torn Syria or Ukraine, broke free from crime-soaked Mexico or Guatemala, or fled the collapsed economies of Venezuela or Haiti, the young immigrants who’ve poured into the United States in recent years have one thing in common: They all want an education.

And the law is on their side. The landmark Plyler v. Doe Supreme Court decision of 1982 ruled that students cannot be denied admission to the nation’s public schools based on their immigration status: No matter where they come from — whether they are documented or not — each is entitled to an education in the district in which they live.

But not all school districts follow the law. Some have been sued for violating newcomers’ civil rights: Others have been warned — sometimes by the Education Law Center, American Civil Liberties Union and Southern Poverty Law Center — that their discriminatory practices against these children could land them in court. Reporters can call all three — the ACLU and SPLC have local offices — to ask about recent violations.

Undocumented students’ right to an education has been under attack in recent years. Trump advisor Steven Miller tried to bar these children from the nation’s public schools, and Texas Gov. Greg Abbott, who’s instituted some of the most virulent anti-immigration policies in the nation, said in May 2022 the law ensuring their access should be reconsidered.

Reporters will find several story ideas around enrollment and placement throughout this piece. Additionally,  see tips on how to properly characterize those seeking asylum in this country — and how to avoid the tropes and stereotypical language politicians wield to dehumanize and oppress recent immigrants.

Even the Most Vulnerable Students Are Protected

Among newcomer students, two groups are particularly vulnerable to discrimination in the public school system: unaccompanied minors, who arrive to the United States without a parent or guardian — U.S. Customs and Border Protection reported more than 300,000 such encounters from October 2020 to October 2022 — and those who attempt to enroll at age 17 and older.

Both groups are protected by law. But some schools have misled students about their legal rights, changed the rules so they won’t qualify for admission, or have diverted them to inferior programs that do not result in a diploma in part because English learners have lower graduation rates than their English-speaking peers: A dip in graduation rates can land districts in trouble with the state and encourage parents to leave, decreasing their funding.

The Education Law Center of Pennsylvania and the ACLU won a lawsuit against the School District of Lancaster in 2017 for its failure to enroll these children.

Even if they arrive to the country illiterate, having missed years of school and are well behind their same-aged peers academically, newcomer students have the right to register for school and remain on campus typically until the end of the semester in which they turn 21.

The federal judge who decided the Lancaster case noted that the 18-year-old refugees who were denied enrollment — some were reluctantly admitted to a private, for-profit, high-discipline alternative school where they were pushed through each grade in weeks — could have, by law, finished all four years of high school at the mainstream campus.

Even those few who went on to college had to pay out-of-pocket expenses for English language courses that should have been available free in high school. Not only does this eat into their savings, but it makes it difficult for English learners to stay on; it delays their ability to complete courses in their desired field of study.

Reporters can call their local community colleges to ask about their English language learner offerings. How many of these students do they serve? How many graduate? How does that compare to native English speakers?

Despite a warning from the federal government in 2014, schools continue to erect barriers to enrollment to keep out young immigrants. Some require documentation they know students don’t have, such as social security cards.

Others delay and discourage their enrollment by refusing to translate documents from home, forcing them to register online in a language they don’t understand, neglecting to provide help at the front office or failing to assess them for placement — even after they’ve met all other requirements.

The number of students in this category is expected to grow as climate change, crime, oppression and political instability make some parts of the world unlivable — especially for children.

There are 27.1 million refugees worldwide, 53.2 million internally displaced people — they’re living, on the run, inside their own countries — and 4.6 million asylum seekers hoping for safety elsewhere: More than 36 million of these people are children.

Some of the most recent newcomers hail from Venezuela, forced to flee because of political and economic instability. Many have been flown or bused from Texas and Florida to northern locations, including New York City.

Few newcomer students are screened for gifted programming — some educators deny these children exist — despite non-verbal tools that have been used with some success at districts determined to capture all gifted minds and not just those of English-speaking students. (Early versions of these tests failed to identify all the children they intended, but later iterations have shown promise.)

At the other end of the spectrum, educators and advocates say, many newcomer students are not placed in the special education programs for which they qualify, further hindering their ability to succeed in school.

Some, who come to America alone as unaccompanied minors, register in school after languishing for weeks or months in government care — more than 400,000 children have passed through the Office of Refugee Resettlement since 2003 — often in shelters of dubious quality where their emotional and educational needs are rarely met.

Those who remain undocumented — many face harassment from their peers, discrimination from educators and a fear of deportation for themselves or their parents — face an uncertain future and are often unable to qualify for the federal aid they need to attend college. Even if they can secure funding, they are unsure if they will be hired or if they can keep their job once their status is revealed.

Nearly 100,000 undocumented children graduate from U.S. high schools each year: There are more than 427,000 such students in the nation’s colleges. Thousands more — including many teachers — have made it through college but remain uncertain about their status as the Deferred Action for Childhood Arrivals or DACA, remains in limbo.

School enrollment should be easy for all children. States have laws mandating how quickly students should be seated upon registration.

Reporters can check with local immigrant advocates to see if there are unwarranted delays. Additionally, check with school district front office staffers to determine what training they receive to ensure these children are seated in a timely manner.

Journalists can also investigate if local schools require documentation that is not required by the state for enrollment. Pennsylvania, for example, has an exhaustive list of documents it deems acceptable and unacceptable for schools to require. Most districts publish this information on their websites.

Language is powerful. Reporters should familiarize themselves with all of the appropriate terms around migration — they should know the difference between an asylum seeker and a refugee, for example — and should reconsider the use of the term “migrant.” Migrant is an often misapplied term: Use “people” instead.

Reporters should also avoid military terms — including “surge” — when describing an uptick in new arrivals of asylum seekers at the nation’s southern border. Words like “surge” and “army” imply an invasion or attack. Right-wing politicians, including Gov. Greg Abbott of Texas, often use these terms to stir up xenophobia and scare their constituents into supporting them.

Reporters also should not allow schools to cast these children as a burden, or claim their needs are too great: No other student group — including, for example, children with special needs — should be referred to in this way. It is schools’ job to educate all students, not just those administrators deem worthy of investment.

If schools have a shortage of bilingual educators, it is their job to correct this balance as they’ve had decades to do so.

Reporters can ask their local school districts about the student-teacher ratio for their English language and newcomer students. They can compare these districts to one another and ask teachers and administrators how far they are from an ideal — and what they plan to do to correct the imbalance.

WIDA is an excellent source of information on how schools can provide a more welcoming environment for English learners, which is a key to their success.

Share
How to Cover Content Standards Issues in Your State
Learn how to stay on top of curriculum and content changes amid critical race theory debates and partisan politics. Additionally, get tips from a South Dakota reporter who shares how she covered the s
How to Cover Indigenous Students Authentically and Accurately
Native reporters and educators provide tips for covering Indigenous students amid critical race theory claims, renewed efforts to teach Native history, and some state rollouts of reduced or free colle
The Student Mental Health Crisis: Resources for Reporters
Featuring recent interviews with education journalists and experts who discussed the nation’s student mental health crisis at EWA’s 2022 National Seminar, this report helps reporters better cover
Investigating How Politics Is Affecting Education? Here’s What to Know
Amid an ‘all-time high’ in partisan polarization in the U.S., get background and tips to better cover the politicization of education and how it affects students.
Why Education Reporters Should Approach Rising Anti-LGBTQ Sentiments As a Public Health Issue
What do journalists need to know to effectively cover LGBTQ students? Those knowledgeable on the issues provide insight.
How Reporters Can Better Cover Enrollment Shifts at Public Schools
School finance experts tackle key questions and provide tips for reporters.
Load More